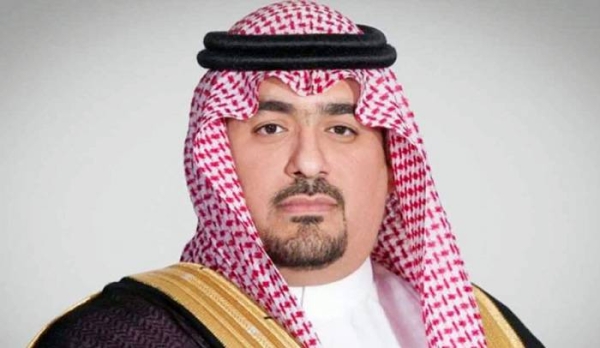 Al-Ibrahim: Britain is one of Saudi Arabia’s main trading partners

RIYAD – Economy and Planning Minister Faisal Bin Fadel Al-Ibrahim claimed Britain was among the Kingdom of Saudi Arabia’s biggest trading partners, revealing that the trade movement continued to reach its targets, the Kingdom’s exports to Great Britain in 2019 amounting to approximately SR 8.9 billion, while the Kingdom’s imports from Great Britain amounted to SR 12 billion.

On the occasion of British Prime Minister Boris Johnson’s visit to the Kingdom, he underlined the historical depth of relations between Saudi Arabia and the United Kingdom, saying that this visit strengthens the bilateral relations of the two countries and their strategic partnership. which dates back to the era of the first and second Saudi states.

“Relations between the two countries have been rooted since the signing of the (Darin Pact) during the reign of the late King Abdulaziz. This pact marks the beginning of close ties which lasted until 1927, when the United Kingdom sent its first mission to the Kingdom of Saudi Arabia.

“Then the bilateral visits and relations have continued throughout the history of relations between the two countries. The most recent is the visit of Crown Prince Muhammad Bin Salman to Britain in 2018, which represents a new era in the history of diplomatic and bilateral relations at all levels and in all fields.

He pointed out that these relations culminated in the creation of the Strategic Partnership Council in 2018 during Crown Prince Muhammad’s meeting with former British Prime Minister Theresa May. Al-Ibrahim said the advice would help strengthen the future of bilateral relations between the two countries.

He highlighted British Prime Minister Johnson’s statements on Britain’s vision for the years to come, saying: “Britain will have prosperous relations with the countries of the Middle East and the Gulf based on trade, green innovation and cooperation in science and technology ”, affirming that there are opportunities for cooperation in the fields of automotive industry, chemical materials industry, health, financial services, insurance, agriculture and tourism.

Regarding the Kingdom’s efforts to strengthen cooperation frameworks to achieve Vision 2030, he revealed that the Kingdom builds on its strengths, including its distinguished strategic location, which strengthens its position as a major engine of international trade and as a hub. to connect the three continents of Asia, Africa and Europe.

The Minister for the Economy and Planning affirmed the importance of consolidating cooperation and partnership with Great Britain in areas related to human and social development.

He affirmed that the Kingdom and Britain have identical views on the fight against terrorism and extremism, regional stability, clean energy and the coordination of humanitarian and development assistance activities in order to meet the challenges. regional and global challenges. – SPA