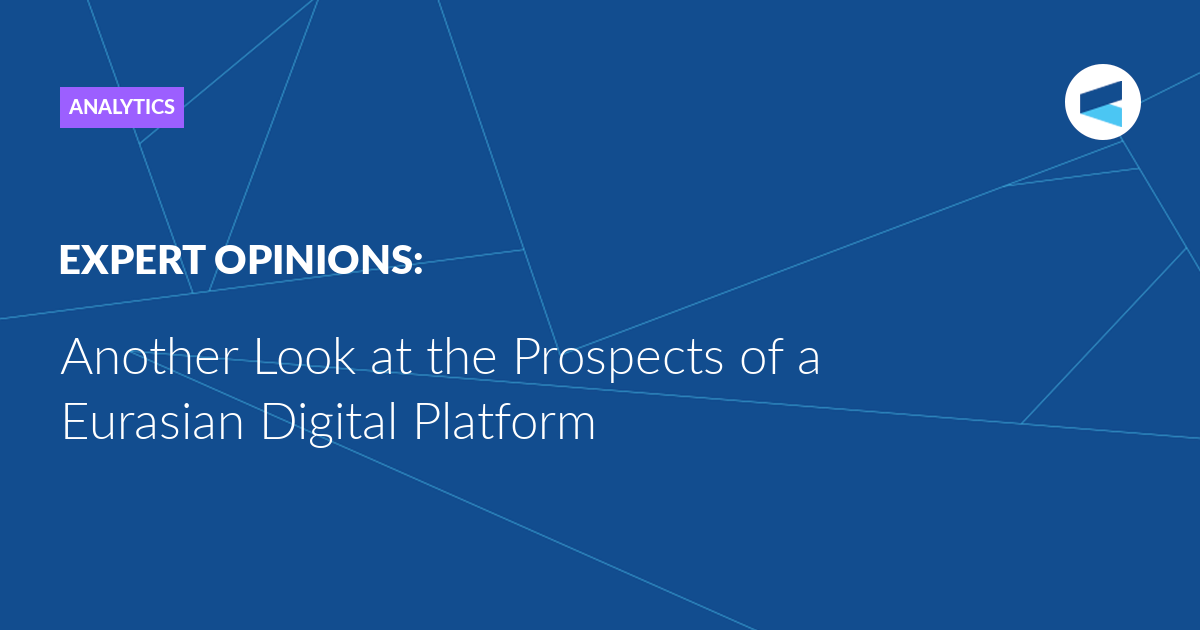 Eurasia’s current economic framework is fragmented and lacks the digital connectivity that would be based on transnational and trans-regional digital agreements. This in turn limits the ability of countries to coordinate policies in areas such as trade, migration, digital economy development. A common platform would resolve the problem of the “digital divide” between Eurasian countries by promoting greater “digital inclusiveness”, especially with regard to low-income developing economies, writes Yaroslav Lissovolik, director of Eurasia. Valdai Club program.

Given Eurasia’s idiosyncratic characteristics with regards to the severity of distance, a common Eurasian platform for digital economic agreements can enable the region to mitigate the effects of distance and severe economic fragmentation – especially in the regulatory sphere – emanating from the sheer size of Eurasia and the multiplicity of regional integration agreements. By consolidating regional, bilateral and corporate alliances, a common Eurasian digital platform would allow its members to introduce greater coherence and compatibility into the existing set of digital economic agreements, thus providing the conditions for multilateralizing them. existing digital agreements and to create new economic agreements.

One of the ways to create a digital ‘platform of platforms’ for Eurasia is to include platforms for regional integration agreements, regional development banks and regional finance agreements ( FRG) from Eurasian countries.

These three platforms can be mutually reinforcing and can be complemented by platforms at country and company level to form a Eurasian ecosystem of digital cooperation and interoperability.

One such Eurasian “platform of platforms” is:

Eurasia’s current economic framework is fragmented and lacks the digital connectivity that would be based on transnational and trans-regional digital agreements. This in turn limits the ability of countries to coordinate policies in areas such as trade, migration, digital economy development. A common platform would address the problem of the “digital divide” between Eurasian countries by promoting greater “digital inclusiveness”, especially with regard to low-income developing economies. Such a common digital platform for Eurasia may prove particularly important for landlocked developing countries facing significant geographic / logistical barriers to trade.

Indeed, of all the different parts of the global economy, Eurasia is the one that will benefit the most from increased digital connectivity and inclusion, given the importance of the ‘distance factor’ that limits intensity of economic cooperation within the region. The gravity of the distance is particularly costly for the landlocked economies of Eurasia – in fact, Eurasia is home to 26 out of 44 (59%) of all landlocked countries in the world. In addition, the scale of “interiority” of certain regions of Eurasia in terms of geographical location is truly unique, Kazakhstan being the largest landlocked country in the world, while Bishkek is the capital farthest from the coast. in the world (all top 5 of the capitals furthest from the sea coasts in the world are in Asia).

Existing research suggests that digital platforms can have a significant effect on reducing the severity of distance: as Pierre-Louis Vézina notes, “distance between countries hinders international trade, but it matters 65% less for commerce on the eBay platform than for traditional offline commerce. commerce … The online world is flatter ”. Another EU study assessed the importance of distance for e-commerce. This study of 721 regions in five European Union countries shows that while distance is not ‘dead’ in e-commerce, there is evidence that express delivery in e-commerce is reducing distance for cross-border demand.

Ways to measure the effectiveness of a common platform would include the extent of liberalization and trade facilitation in digital trade through the Eurasian platform; increase in the size of the portfolio of joint investment projects linked to the digital economy by development institutions in the region, increase in cross-border and trans-regional trade and investments linked to the digital economy. The number of Multilateral Digital Economic Agreements (DEAs) facilitated by the platform would be a measure of the initiative’s contribution to multilateralism. Another important measure is the increase in connectivity resulting from the creation of the platform – this would relate to the increase in digital connectivity / inclusivity, especially in developing economies.

A common digital platform in Eurasia will serve to improve coordination between countries as well as regional integration agreements and their development institutions. It will also serve to transform the trade deal landscape by facilitating digital economic deals and multilateralizing existing digital deals. The joint platform will also advance international cooperation in digital and other areas related to the Fourth Industrial Revolution in order to strengthen the response to the Covid pandemic and improve the region’s capacities in the field of health care as well as in other fields related to the development of mankind. Capital city. A more cooperative framework for Eurasia that aims to emulate best practices and standards across the platform will also be conducive to longer-term cooperation, more active use of ESG standards and greater emphasis on economic sustainability.

The creation of the Eurasian digital platform can be a step towards building a global network of cooperation on the basis of plurilateral “bottom-up” cooperation between regional blocs rather than a “top-down” framework. at the bottom ”designed globally. Such an approach is in line with the principles contained in the WEF White Paper on Globalization 4.0 which advocates the use of flexible plurilateral trade agreements as a means of further advancing trade openness in key areas, including digital trade and electronic commerce: “Open plurilateral agreements of this nature are the most promising means available to update trade regulations without further fragmenting the world economy and weakening its crucial multilateral foundation”.

The formation of an open digital platform for Eurasia makes it likely to be replicated not only at the level of regional agreements, but also at the level of country-to-country cooperation as well as multilateral business platforms. . An important aspect of how such a platform works is the principle of openness and inclusiveness – whereby developing countries benefit from greater ‘digital inclusion’ and the opportunity to join digital alliances with stakeholders. advanced economies across Eurasia. In this way, the functioning of such a platform contributes to a more sustainable and balanced economic paradigm across Eurasia.

Ephrata High School students learn about the stock market – with 30,000 at stake | Together