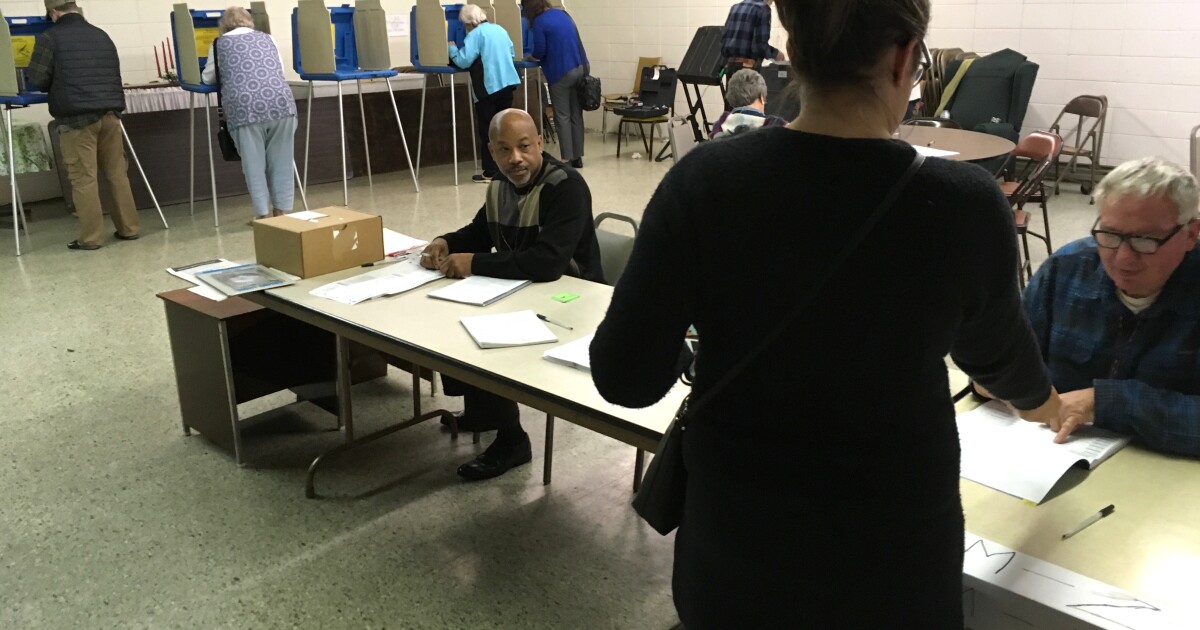 Arkansas ranks bottom of report on how it conducts elections

The Democracy Initiative Education Fund is a consortium of 75 civil, environmental, labor and civic rights organizations. The report based its findings on public data, political scientists, state laws and issues reported by voters.

Dianna Philip, chief of staff of the Democracy Initiative Education Fund, said in an interview that she wanted to get the report ready as soon as possible to help people better understand voting issues ahead of this year’s election.

Arkansas was ranked last of all states in voter ID laws. The report describes the state’s voter ID laws as “strict.” Unlike 31 other states, Arkansas is not a member of the Electronic Registration Information Center (ERIC), a nonprofit organization that says it aims to improve the accuracy of voter rolls. The report says a “moderate” number of Arkansas voters said they were missing from voter rolls.

The report also looked at voter registration. Arkansas closes registration 30 days before Election Day, a policy Philip calls “harsh”. Other states have rolled out automated, same-day, and online voter registration, while Arkansas is missing all three. Philip said this policy was the first she would change.

Another factor in Arkansas’ low rankings is absentee voting. The state requires voters to have an excuse to vote by mail. A state law was passed in 2021 that makes absentee voting more difficult.

According to the report, Arkansas had a high number of rejected absentee ballots in 2020. Although the state has a statewide ballot tracking program, no laws exist. require election officials to use this system. In some states, such as California, election officials will contact voters if there is a problem with an absentee ballot. Arkansas does not have a comparable program.

Arkansas was ranked 46th for logistical obstacles to voting. The report says it has no disability-accessible voting machines or curbside voting. Regarding the number of election workers for Arkansas ranked low at 44.

One area where Arkansas has fared better is voter intimidation. The state has laws preventing it from criminalizing obstructing voters at polling places.

What does a globalized education that creates responsible citizens look like?