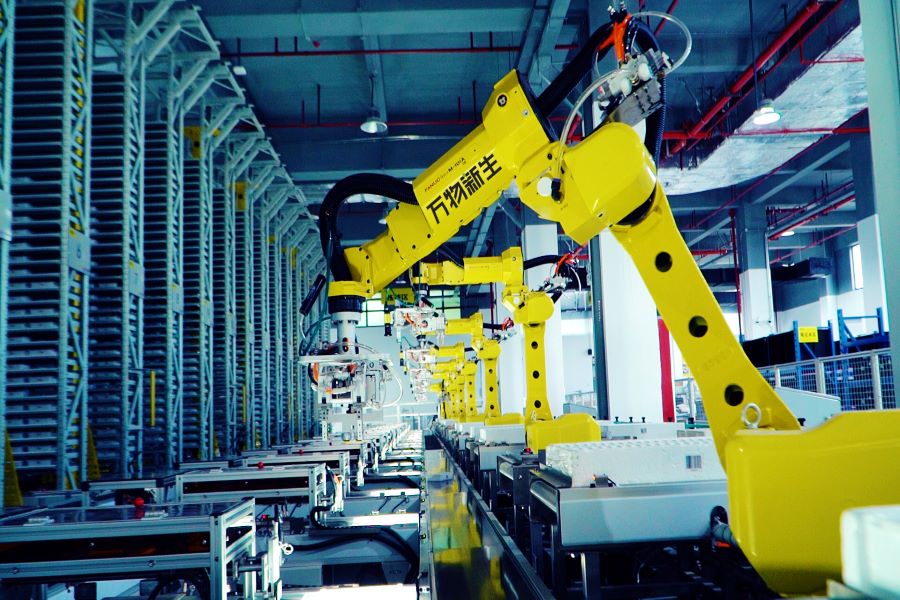 First smartphone recycler ATRenew Inc. REER posts strong growth and a second consecutive operating result on an adjusted basis in its latest quarterly report, with quarterly revenue up 45.7% year-on-year on strong product and service revenue gains. But its executives and the investment community were more focused on what lay ahead for the company, as tough Covid containment measures are set to potentially push China into its first economic contraction since the pandemic began.

Signs of battening down the hatches in anticipation of Covid disruptions were present throughout ATRenew’s latest report. These include tightening spending and increasing overall efficiency. It also expects a drag on revenue growth in the second quarter as the company is hit hard by the lockdown in Shanghai, where its headquarters and more than 100 stores are located.

At the same time, ATRenew was also looking beyond the temporary disruptions towards a return to more normal conditions, including growing momentum for recycling as China seeks to reduce its carbon footprint and reduce waste and pollution. The country is committed to peaking carbon emissions by 2030 and becoming carbon neutral by 2060, and sees the circular economy of recycling and reuse as an important contributor to achieving its goals. these goals.

This bodes well for companies like ATRenew in the longer term, as alignment with government priorities is a crucial part of doing business successfully in China, ensuring support for everything from setting up new facilities to obtaining the necessary business permits.

Perhaps this long-term investor optimism was behind ATRenew’s shares rising 16% within two days of its earnings release. Still, the stock has fallen about 50% year-to-date as it and other U.S.-listed Chinese stocks are hammered by broader concerns like a slowing Chinese economy and a ongoing fight between US and Chinese securities regulators.

ATRenew reported that its revenue rose sharply to 2.2 billion yuan ($328 million) year-on-year in the first quarter, even as the effects of China’s anti-pandemic measures began to be felt in from mid-March. Other significant metrics were online, with gross merchandise volume (GMV) up 51.6% to 9.4 billion yuan, while the number of product transactions on its platform increased by 31.3. % to 8.4 million.

Strong growth, combined with greater efficiency as the company implements a model that emphasizes city-level recycling and circulation, helped ATRenew report adjusted net income from operations of 3.9 million yuan for the quarter. That marked its second straight quarter in the black on that basis, which excludes costs related to employee stock awards and amortization of intangible assets and deferred costs resulting from assets and business acquisitions. CEO and founder Chen Xuefeng, who also uses the English name Kerry, said the company is still targeting profitability on this basis for the full year.

ATRenew’s first-quarter net loss widened to 161.4 million yuan from 94.8 million yuan a year earlier. But its cash reserves of 2.4 billion yuan at the end of March were virtually unchanged from the end of last year, showing the company was on relatively solid footing ahead of a stormy second quarter. . The storm has seen Shanghai completely locked down since April 1, bringing much economic activity to a halt in China’s largest city and trading hub.

Beijing and other major cities are rolling out similar restrictive measures as part of China’s “zero Covid” policy, leading to a sharp reduction in economic activity. ATRenew is somewhat immune to such measures due to a strong online component of its core business of facilitating trade in recycled electronics, including smartphones. But it also has a large presence of physical stores which is affected by the forced closure of many stores and malls where these stores are located.

After setting the stage for the next bumpy ride, we’ll spend the second half of this space examining ATRenew’s exposure and response to the changing near-term environment, what it’s doing to prepare, and what could wait further.

The Shanghai-based company set the stage by apologizing to listeners for any technical issues during its earnings call, explaining that its executives were all participating from their homes where most had been stranded and unable to leave since late March and early April.

“The pandemic remains a challenge for us,” Chen said on the call. “In April, the recurrence led to stricter controls in many parts of China. We faced disruptions both in connecting with merchants and in providing platform services on their retail front. »

He added that pandemic-related headwinds would “weigh 20-25% of our overall revenue in the second quarter.” As a result, ATRenew expects its second-quarter revenue to grow only 7% to 10% year-on-year to between 2 billion yuan and 2.05 billion yuan, marking a slowdown compared to the 60.1% growth it recorded for the whole of last year. .

But Chen noted on the call that the company has also seen recent “hopeful signs of recovery”, as Shanghai plans to end a two-month full lockdown with a full-scale reopening on June 1.

The company appeared to be limiting its spending in preparation for the coup. On a non-GAAP basis, its sales and marketing expenses increased 41% in the last quarter, about half the rate of 2021. Its quarterly technology and content expenses on a non-GAAP basis also increased by only 6.5% year-over-year. year, marking a significant slowdown from 51% in 2021.

Company management noted that its city-level recycling program, which now operates in 22 cities across China, has helped it avoid some disruption by limiting the movement of goods to local areas – a consideration significant because of the frequent repressions of intercity travel. They also noted that China’s economic slowdown could work to ATRenew’s advantage, as consumers often cut spending in such times by buying used items instead of new ones.

Looking further ahead, the company also drew attention to megacity Shenzhen’s rollout of China’s first guidelines for refurbishing second-hand electronics in April. Such standardization could help the industry mature and gain confidence in the long term, helping companies like ATRenew realize more profits and solidify their position. In anticipation of the day, the company also revealed that it is trying to expand its reach beyond its current smartphone focus to include a wider range of other used electronics like luxuries and gear. photographic.

Despite all the headwinds, ATRenew actually looks relatively competitive with its global recycling counterparts in terms of recovery. The company currently trades at a price-to-sales (P/S) ratio of 0.33, squarely between the 0.2 and 0.47 ratios for used car specialists carvana CVNA and Carmax KMX. It’s also not far from the second-hand clothing specialist Rent the track LEASEwhich trades at a P/S ratio of 0.47.

Discussion on sustainability and social responsibility with architect Hussein Fakhry