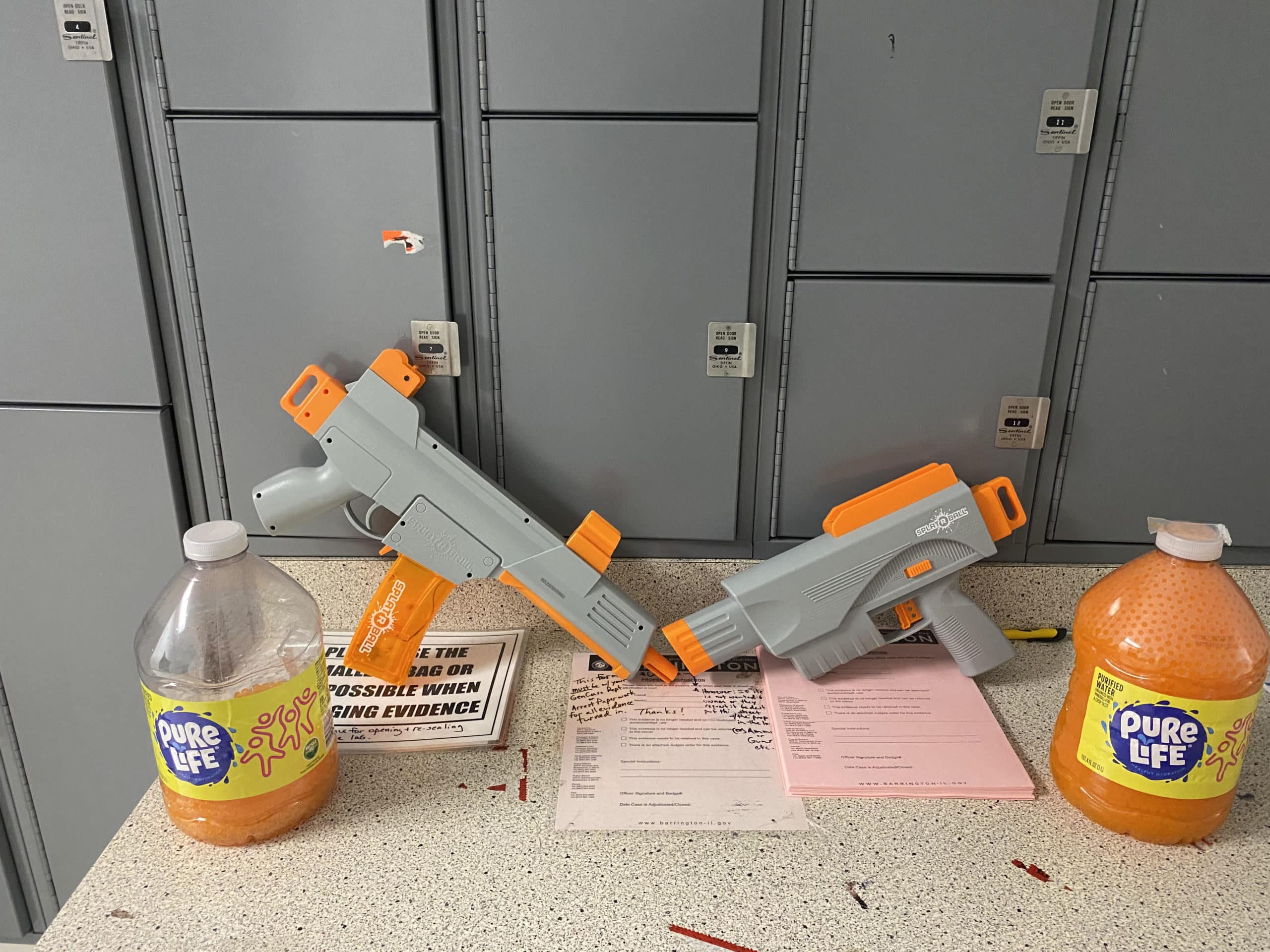 A Barrington High School student has been charged with shooting two classmates, who identify as LGBTQ+, with a pellet gun on the school campus.

The Barrington Police Department said in a statement it responded around 10:30 a.m. on March 16 to investigate an incident that occurred earlier that morning at Barrington High School.

Officers learned that a juvenile offender shot several students at Barrington High School with what was later identified as a “SplatRBall Water Bead Blaster”.

The assailant shot numerous people with the pellet gun on school property.

Three people were hit with water balls. One of them was slightly injured, police said.

Barrington Police said the offender was taking part in what is known as the “Orbeez Challenge”, which has gained popularity nationwide on TikTok.

The Daily Herald reported that Barrington resident Kristin Stedman said her son, Matt Peterson, who is a 17-year-old transgender student, was shot dead during the incident.

Peterson and her boyfriend were in the school parking lot when the suspect shot them.

One of the pellets broke her son’s boyfriend’s skin and left a significant mark, the Daily Herald reported.

“The Orbeez TikTok Challenge is where participants use toy guns to launch gel balls at each other. Orbeez refers to the brand that makes the toy beads,” Hunt said.

“Open and honest dialogue with our children is critically important and this incident provides an opportunity to discuss the implications of social media and social responsibility. As stated in the message sent by the school, hate has no place at Barrington 220 and any incidents of bullying or harassment will not be tolerated. It’s important that every child has a trusted adult they can go to when they have concerns or need support,” Hunt said in a follow-up message to parents.