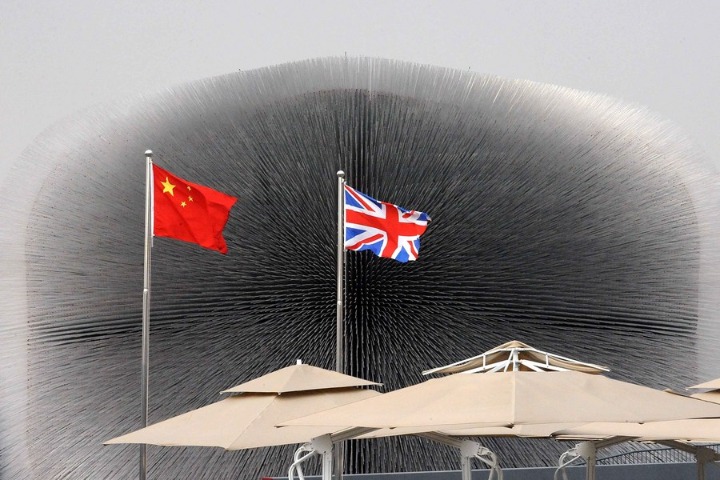 Both China and the UK are major economies and permanent members of the United Nations Security Council. Sino-British relations not only concern the two countries, but also have an important impact on international multilateral institutions and global governance.

Economic cooperation has always been very important for China and the United Kingdom, whose economies are very complementary.

Trade and financial cooperation has closely linked the two countries. In the 50 years since China and Britain established full diplomatic relations, trade between the two countries has increased. Sino-British financial cooperation has also developed rapidly in recent years. In 2021, China became the UK’s biggest source of imports and two-way trade topped $100 billion.

The reason for the close economic and financial cooperation between China and the UK is that each side recognizes the importance of the other.

Since the founding of the People’s Republic of China in 1949, the UK has understood that China is a great country and should not be isolated. Just three months after the founding of New China, Britain decided to recognize it, becoming the first Western country to do so. However, due to the outbreak of the War of Resisting American Aggression and Aiding Korea (1950-53), it was not until 1972 that the two sides improved their bilateral relations at the ambassadorial level. .

At present, China-UK relations are facing many difficulties, and many people are worried about the future of relations. As the United States sees China as a strategic competitor and Russia’s relationship with the West becomes contentious, the world is likely to return to the age of confrontation.

US President Joe Biden’s trip to Asia, including a visit to the Republic of Korea’s capital, Seoul, and a meeting in Tokyo involving the United States, Japan, India and Australia, sent a message indicating that the United States is rallying its allies in the Asia-Pacific region to contain China.

In Europe, after the outbreak of the Russian-Ukrainian conflict, the United States and Europe united against Russia.

China and the UK should step up dialogue and get to know each other better. It is in neither side’s interest for the world to return to confrontation.

China does not want to change or overhaul the existing international system, as some claim. Instead, China supports and defends the United Nations system. The Charter and the principles of the United Nations should be the rules that all countries must respect. China has no international ambitions and the Belt and Road Initiative aims to promote regional economic integration.

China and the UK should intensify exchanges and dialogue, both bilaterally and multilaterally, to dispel mutual apprehensions.

What can we learn from 50 years of diplomatic relations at ambassadorial level between China and the UK?

First, two countries, although having different political systems, can not only coexist peacefully, but also achieve mutual benefits and win-win results.

Second, China and the UK have the ability and responsibility to jointly deliver public goods to the world, including addressing the climate crisis, combating international terrorism, and safeguarding regional peace and stability.

At present, although China-British relations are facing many difficulties and challenges, we should not isolate ourselves from each other. We should seek common ground while putting aside our differences, identify and redefine our common interests, and then look for ways to realize those common interests. It is our responsibility to give each other a full and objective opinion.

The author is director of the Institute of European Studies of the Chinese Academy of Social Sciences.

Discussion on sustainability and social responsibility with architect Hussein Fakhry