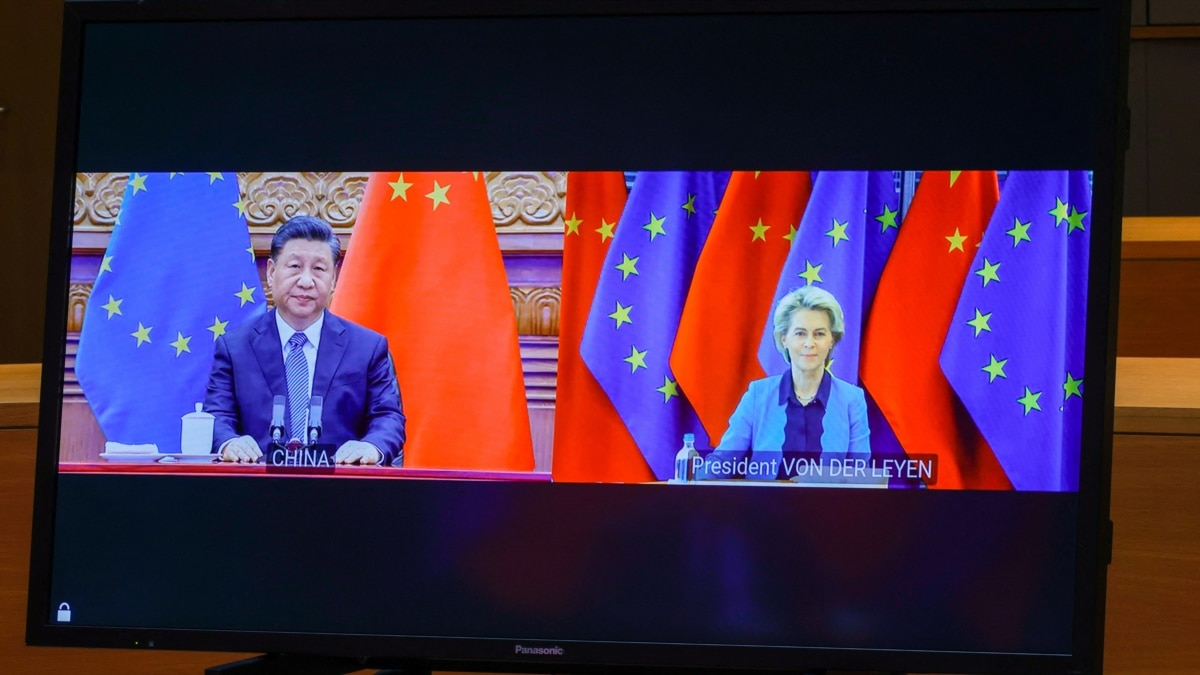 China’s patience with Russia over the war in Ukraine has set back its valuable ties with the European Union despite tentative gains late last year, analysts say.

At the first European Union-China summit in nearly two years, on April 1, the EU warned China against supporting Russia’s war in Ukraine or interfering with international sanctions against Moscow. During the two-hour video event, EU officials called on China, as a member of the UN Security Council, to push Russia to end the war.

China has presented itself as a neutral nation in the face of war while maintaining close economic and strategic ties with Russia.

“This contributes to the European Union’s collective irritation with China for its support of what looks like a flagrant violation of international law,” said Alan Chong, associate professor at the S. Rajaratnam School of International Studies, based in Singapore.

Russia began its invasion of Ukraine on February 24 and continues to pound the neighboring country despite talks and economic sanctions against Moscow by Western governments.

In October, Chinese President Xi Jinping spoke with two senior officials in Europe to try to improve relations. Although the two sides did not reach any substantive agreement, they had cordial talks after the EU froze an investment deal with Beijing in early 2021 and sent a parliamentary delegation to Taiwan. China considers self-governing Taiwan as part of its territory.

China then hoped to forge trade and investment ties with individual European countries as the Asian powerhouse grappled with half a decade of acrimony with its former Cold War rival the United States, officials said. analysts at VOA last year.

Sino-European relations had “marginally” improved after the October events, and China saw the EU as the “more acceptable” face of the West compared to the United States, Chong said. He said some leaders in the 27-nation EU bloc had become more “pragmatic” towards China.

Trade restrictions imposed by China last year on Lithuania resurfaced as a thorny issue between China and the EU on April 1, as did market access for European companies.

EU member Lithuania has offended Beijing by letting Taiwan use its name on a de facto embassy in the European country.

European leaders see Chinese action against Lithuania as undermining their unity as a bloc and “comes at the expense of values” such as democracy, said Stephen Nagy, senior associate professor of politics and international studies at the Tokyo International Christian University. China had retaliated against the Czech Republic in 2020 for its own close ties with Taiwan.

At the summit, EU leaders again raised questions about China’s treatment of its own ethnic minorities, including Uighurs in the Xinjiang region.

On the economic front, EU leaders discussed with China on April 1 the need to make their relationship “more equal”, to create a “level playing field” and to rebalance “bilateral relations in terms of trade and investment,” European Council President Charles Michel said after the summit.

European leaders are unhappy with the Chinese government’s involvement in big business and the subsidies offered to them, said Jayant Menon, a visiting senior fellow in the regional economic studies program at ISEAS-Yusof Ishak Institute in Singapore. They also consider that China is not “open” enough with data transfers and the digital economy, he added.

“These are the things [where] I think in general, China is often referred to as problematic in the global trade arena, and I think that would certainly be echoed by Europeans as well,” Menon said.

China remains the EU’s biggest trading partner and the source of billions of dollars a year in direct investment. But their issues are “at an impasse” after eight years of talks for a comprehensive investment agreement between the EU and China, said Chen Yi-fan, assistant professor of diplomacy and international relations at Taiwan Tamkang University. The talks were frozen last year.

The deal would tackle market opening and any forced transfer of technology aimed at European investors.

China appeared accommodating after last week’s summit. The EU and China must “take the lead in defending the international system with the UN at its core” and rely on international law, Beijing’s official Xinhua news agency said on Monday. China “will remain committed to deepening reforms and further opening up” its markets, Xinhua added, quoting Xi.