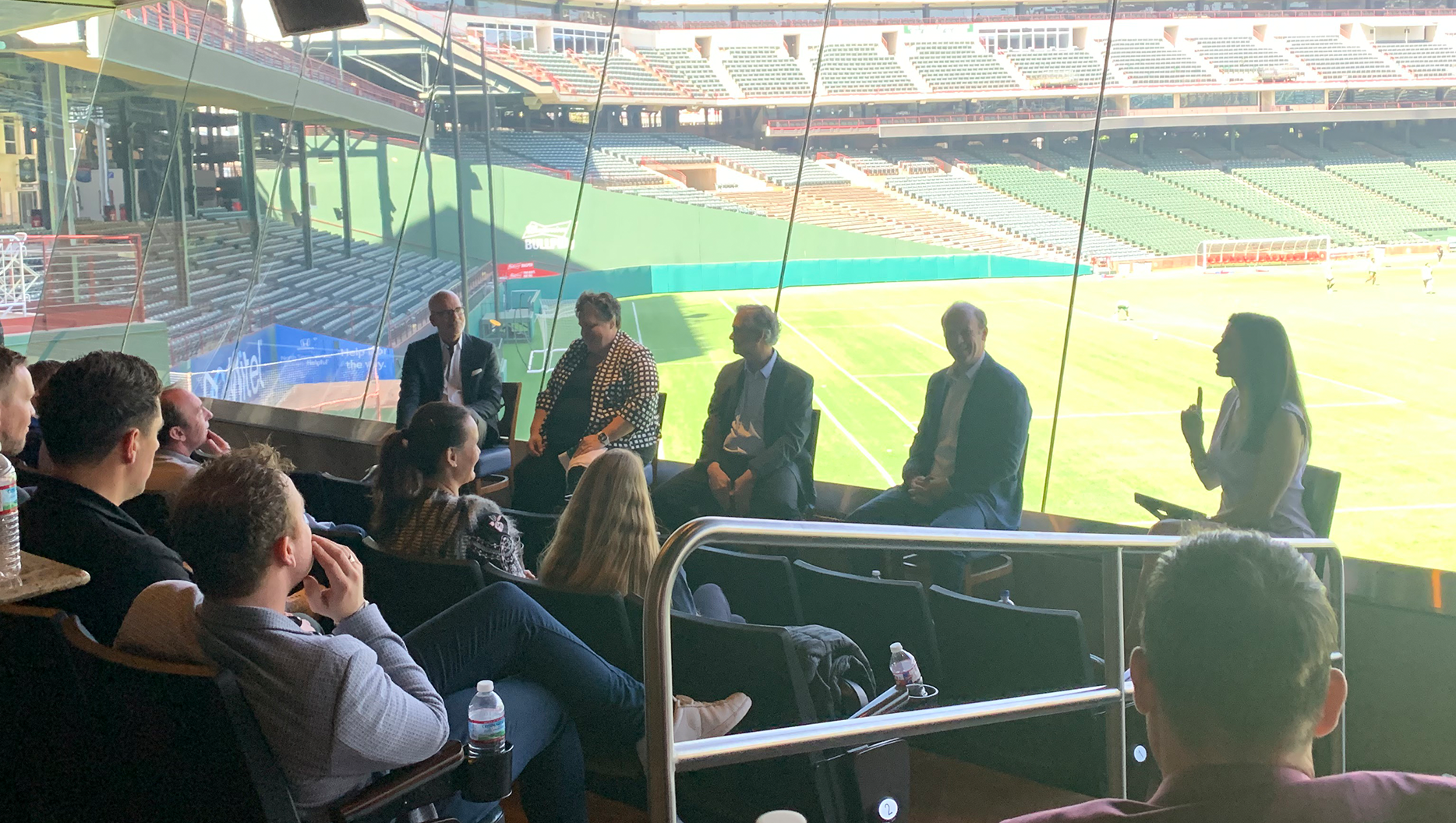 Arlington, TX – Leaders of FC Dallas, the Dallas Sports Commission and the Dallas Cup discussed the development of metro football and its viability as the host city of the 2026 FIFA World Cup during a panel that was held at Arlington’s Choctaw Stadium on Thursday afternoon.

The panel included Dan Hunt (President of FC Dallas), Gina Miller (Vice President of Media and Communications for FCD), Monica Paul (Executive Director of the Dallas Sports Commission), Andy Swift (Former Director of the Dallas Cup) and Bryan Trubey, an architect. specializing in gyms. The panel spoke with the Sports Leadership Institute, a group of business leaders visiting Arlington from the Netherlands.

“We know that Mexico, the United States and Canada will host the 2026 World Cup, we are still waiting to find out which American host cities will be,” Miller opened. “We are very pleased with our opportunity here in North Texas. FIFA visited in October and it was a wonderful visit. In 1994 the World Cup did so much for football in the United States. And you You can see it helped launch Watch Major League Soccer two years later in 1996, so think of the 2026 World Cup, what it can do for football in this country.”

“We’re delighted with that. That trip when we applied for (the World Cup) in 2018 and 2022. It wasn’t a success and we were disappointed, but I actually think it may have worked out for the positive considering where we come from a city or region and the development of the facilities we have I think 2026 we are perfectly positioned… We have fantastic partners with Dan (Hunt) and FC Dallas and AT&T Stadium. We’re kind of unique in that it’s Arlington, Texas and our other facilities are in Dallas and Frisco, so we need to come together regionally and be on the same wavelength.

The discussion also focused on player development in the region and the changes the United States needed to make to catch up with the rest of the professional soccer world.

“The United States is a very young football country, in relative terms,” ​​explained Swift, who is also a former FC Dallas/Dallas Burn general manager. “And when football started to become popular in the 1970s, the pyramid that we see abroad was inverted here. Youth football was really the decision-maker. national team. It was not where youth football that supports the national team, it was reversed, because there wasn’t really a very professional system in place. That changed in 1996 when MLS started. But it didn’t happen overnight. Because in the beginning, all revenue, all assets had to be focused on keeping the league alive for the first 10 years. But then , when that started to change, when the foundation was emulated, and the new revenue could be used for development, some clubs like FC Dallas started to change that, that pyramid and started to reposition themselves. Now we see that 10 years later what will happen in 2026 is that the infrastructure is now in place, you have academies like FC Dallas Academy doing things right.

“We have a social responsibility as a club, at least to get our young players to university,” Hunt said. “By the time you’re 12, 13, 14, you have to start acting like a professional. And you have to have it. That’s the beauty of our facility until 15, our kids are training this after noon if they go to school at the school district who will give them the curriculum and everything they need And then there is the athletic performance side I recently saw our 13 year olds at our facility watching their video work for football games, preparing them. And it was amazing to me, to think how far that game has come.”