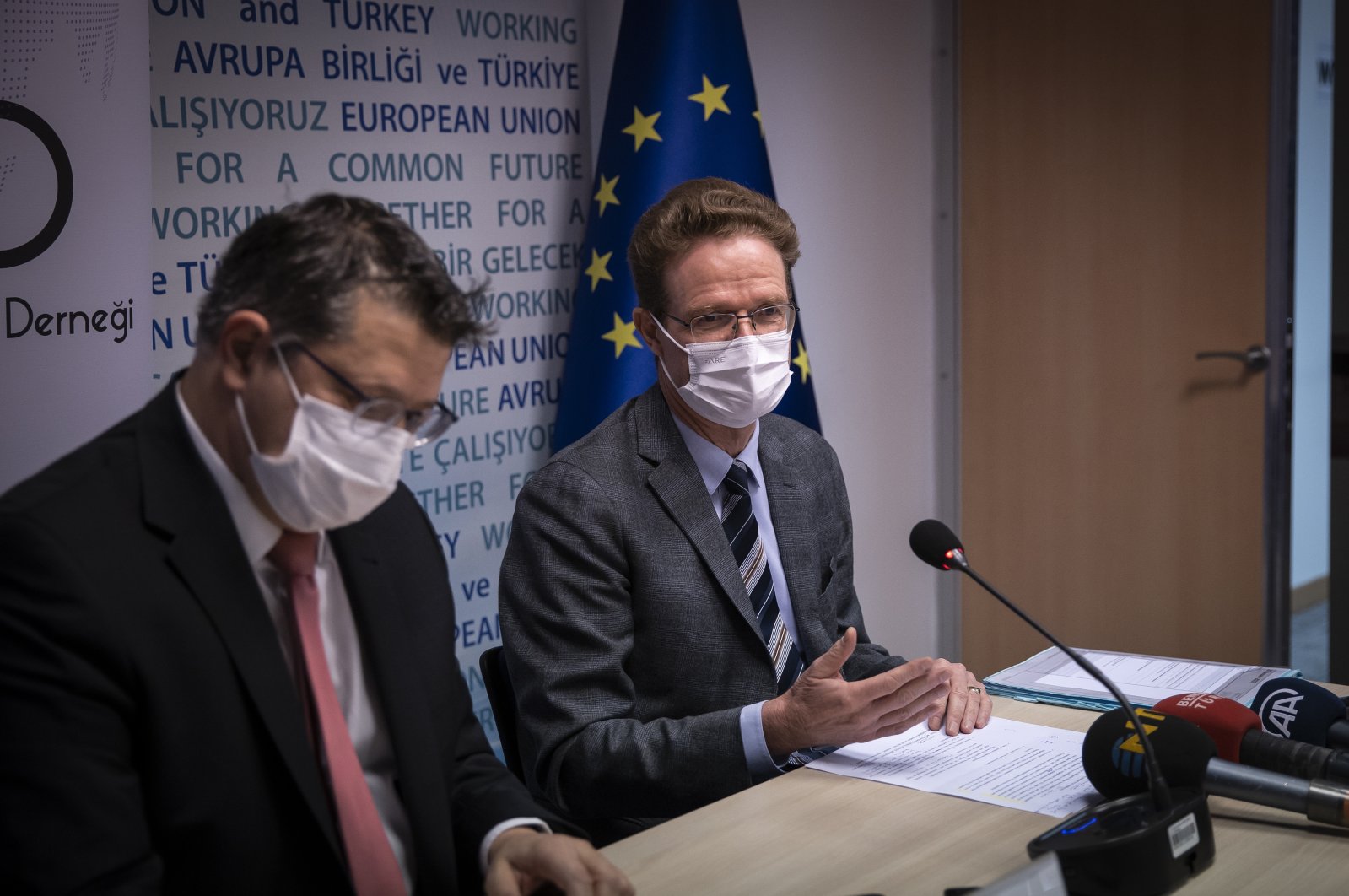 Economic relations between Turkey and the EU are a very important cornerstone: special envoy

Economic relations between Turkey and the European Union, its main trading partner, are a very important cornerstone of bilateral relations, according to the bloc’s top diplomat in Ankara.

Speaking to a group of journalists from the Association of Diplomatic Correspondents of Turkey, Nikolaus Meyer-Landrut hailed the economic ties with Ankara and expressed hope to continue to have “a conducive environment” to maintain cooperation in the purpose of extending it.

Citing early records from last year, Meyer-Landrut said Turkey’s exports to the EU exceeded 70 billion euros ($79 billion), making the country one of the “biggest partners commercial” of the block.

Over the past 25 years, bilateral trade has more than quadrupled, the head of the EU delegation to Turkey says, noting that ‘high-level dialogues’ on a range of issues are due to continue into the year future.

Technical talks on the customs union issue are underway, the EU envoy said, adding that Turkey and the bloc are “now working on the elements of a positive agenda”, including many things that were possible, where engagement grows, where cooperation grows.”

The multitude of disagreements between Ankara and Brussels in recent years has stalled negotiations for the modernization of the trade agreement. A deeper trade agreement dating from the 1990s would be extended to services, agricultural products and government procurement.

The expansion would bring Turkey fully into the internal market of the world’s largest trading bloc, allowing almost all goods and services to flow unimpeded.

Turkey is the only non-EU country to have a customs union agreement with the bloc. The agreement was concluded in 1995. In its assessment of 21 December 2016, the European Commission proposed to reorganize the agreement.

Regarding bilateral relations between Turkey and the bloc, Meyer-Landrut recalled “the strategic interest of the EU and the European Council for a stable and secure environment in the Eastern Mediterranean and the development of a cooperative and mutually beneficial relationship with Turkey”.

He also cited “the resumption of high-level political meetings”, as well as “high-level dialogues on climate migration, security and public health” over the past year.

“We then saw an additional decision from the EU to allocate an additional €3 billion (over $3.4 billion to support refugees and host communities in Turkey for the next few years…these Another 3 billion… that’s three plus three plus 3. So we’re close to 10 (billion euros),” he added.

He also said that one billion euros committed by the end of 2021 covers areas such as “basic needs, education and migration and border management, which was an issue … particularly in demand by the Turkish authorities”.

In the area of ​​health, the EU envoy said there were “significant results” citing the “mutual recognition of Turkey’s COVID-19 digital certificate in the EU system”.

Bilateral projects are underway to strengthen the Turkish laboratory network and link it to early warning systems. It aims to help detect potential pandemics and enable rapid responses and cooperation to combat them.

Meyer-Landrut said the EU recognizes and supports Turkey’s diplomatic efforts as an important NATO ally. “The awareness of the Turkish government, especially also in Arab countries over the past month, helps and contributes to a more constructive environment in what we believe should be called our common geography,” he noted.

Keep up to date with what is happening in Turkey, in its region and in the world.