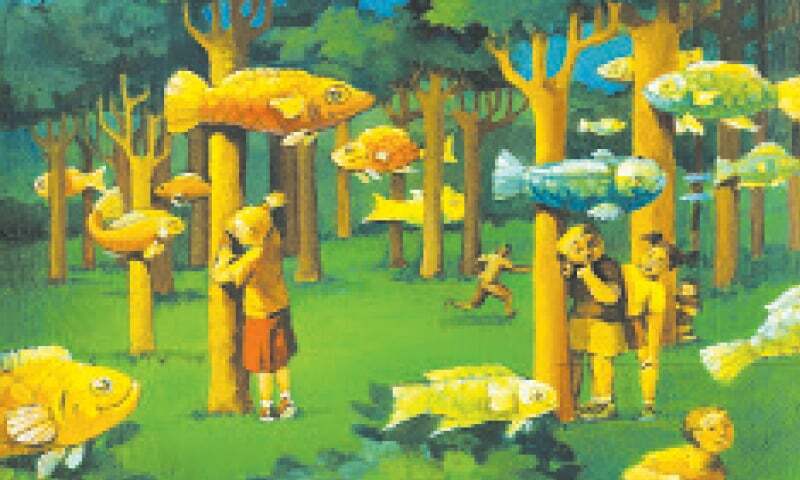 Engaging the private sector in the fight against climate change – Newspaper

Climate change is arguably the biggest threat facing the world right now and its effects are all around us. Melting glaciers and warming seawater have caused global sea levels to rise an average of eight to nine inches since 1880. Nearly 70% of this rise has occurred in the past three decades, indicating the impact of anthropomorphic activities.

Much of the heat emitted by our planet is reflected back into the ocean, instead of going up into space, thanks to increased greenhouse gas emissions. Global weather, meanwhile, is becoming more and more extreme, with frequent droughts, heat waves, snowstorms and other similar climatic events.

In several cities, the Air Quality Index reading remains consistently above the unhealthy range – in Lahore the metric sometimes reaches alarming highs of over 500, a point where even the most healthy could face respiratory problems

Not only are we facing extreme weather conditions in every corner of the country, but the alarming decline in air quality and the emergence of smog in urban centers have also made life difficult for residents. In several cities, including Karachi and Lahore, the Air Quality Index (AQI) reading, released by the global environmental forum IQAir, remains consistently above the unhealthy range. In Lahore, the metric sometimes reaches alarming highs of over 500 – a point where even the healthiest individuals could face respiratory problems.

The good thing, however, is that the PTI-led government has recognized the seriousness of this problem and has taken various measures to combat climate change. The government first launched the Billion Tree Tsunami program in Khyber Pakhtunkhwa in 2014 at the provincial level and later in 2019 after the PTI won the general election and formed the national government, the 10 Billion Tree Tsunami project started been launched. This will certainly help to reverse the adverse effects of climate change.

On the political side, the government has also taken various initiatives, such as the update of the National Climate Action Plan, Nationally Determined Contribution (NDC), which now aims to reduce the country’s emissions by 50% by by 2030 (15% unconditional emission reductions and 35% conditional on the availability of resources).

Although the government is leading the way, the private sector, especially big business, will also have to play its part. Private sector engagement in the fight against climate change has various advantages.

First of all, it can significantly increase the financial resources devoted to the protection and preservation of the environment. In addition, the authorities can also call on the expertise and technical capacities of private enterprise.

In Pakistan, many companies, including Cnergyico Pk, are actively involved in environmental initiatives. These companies carry out numerous initiatives within the framework of their Corporate

Social responsibility strategy, ranging from preserving marine life to supporting vaccination campaigns against Covid-19. They support the improvement of access to drinking water, which is in line with the United Nations Sustainable Development Goals (Goal number 6: Clean water and sanitation).

The private sector is responding to the government’s call and policy makers should further increase their engagement. Climate change is quickly emerging as an existential threat to everyone. But through effective public-private partnerships, we can mitigate the impact of climate change and prepare a better world for tomorrow.

Posted in Dawn, The Business and Finance Weekly, January 21, 2022