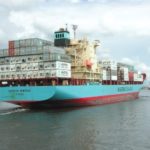 Ihe last few months have seen many developments in the world of regulatory affairs within logistics. These essential proposals have a key role to play so that the logistics sector continues to progress and improves its impact on our societies in the long term.

Latest developments
To reduce greenhouse gas (GHG) emissions from international shipping, the International Maritime Organization (IMO) and the European Union (EU) are considering mandatory measures to accelerate decarbonization. Other jurisdictions are also considering measures with a similar effect, but the EU measures will likely be the first to take effect. In addition, it should be noted that the EU measures carry a high degree of extraterritoriality potentially affecting goods moving outside EU borders. It has been almost a year since the European Commission presented its proposal for a carbon price for maritime transport. Below, we focus on this specific metric to provide a brief overview of the proposal, process and implications we anticipate for our clients.

A cap and trade system for supply chain sustainability
The EU ETS works according to the “cap-and-trade” principle. A cap (limit) is set on the total amount of greenhouse gas emissions that can be emitted by factories, power plants, ships and other included entities. Over time, this cap is reduced, leading to a gradual reduction in total emissions.

Within the ceiling, the various entities buy quotas which they can exchange among themselves. At the end of each year, all entities must surrender allowances equal to their emissions. In this, each allowance counts for one tonne of CO2. Since the greenhouse gas emissions allowed in the cap as well as the greenhouse gas emissions of the entities are not fixed numbers, the price per allowance is not fixed but fluctuates according to demand and the supply of emission allowances from the market. In the European Commission’s ETS proposal, only CO2 emissions are covered.

As a market-based measure, the concept allows an entity that reduces its emissions to keep reserve allowances for its future needs or to sell them to others. The intention is that the carbon price encourages and rewards investment in decarbonization technologies.

Travel plays a key role in carbon pricing
For maritime transport, the concept of voyages plays a key role. The Commission’s ETS proposal tracks ships, not cargo. This means that it requires shipping companies to buy quota for:

Carbon pricing gradually introduced for maritime transport but no free allowances
Historically, new sectors joining the ETS have benefited from progressive inclusion through several free quotas in the first years. Free quotas have unfortunately proved to be counterproductive and, as such, the European Commission has decided that maritime transport should not benefit from them. However, the European Commission is proposing a transitional period where shipping companies are required to hand in quotas corresponding to a percentage of their emissions. This gradual introduction means that shipping companies would be required to surrender quota according to the schedule below:

Phasing in means that the carbon price per ton of CO2 applied to maritime transport increases gradually until 2026.

On June 22, 2022, the European Parliament passed its version of the legislation. In the text, the assembly introduces important modifications to the European Commission’s proposal. Specifically for maritime transport, he suggests modifying trips between EU ports and non-EU ports, where the percentage is increased to 100%. This greatly increases the reach of the EU ETS beyond Europe. The aim is to seek to reduce more GHG emissions, but this of course has a financial impact for shipping as compliance costs increase. Furthermore, the European Parliament’s version abolishes the transitional period, applying instead the ETS for 100% of emissions from 2024. The Parliament’s position also introduces the concept of ports at risk of carbon leakage, applying de facto ETS carbon prices at ports within a radius of 300 nautical miles with a transhipment share of over 60%. This means that the cost of maritime transport could also increase for trips to/from ports that meet these criteria, even if they are further away from the EU, which has the effect of increasing the geographical distribution from the last/first port before/after the EU. Positively, the assembly proposes that carbon pricing for maritime transport applies not only to CO2 emissions, but also to methane and nitrous oxide emissions. Although this has little financial impact at the moment, it would send an important signal to encourage the use of renewable fuels in the future.

On June 29, 2022, the Council of the European Union adopted its version of the ETS legislation. In its text, the Council suggests maintaining the progressive introduction of allowance requirements by the Commission, which would result in a gradual increase in the number of allowances needed and, therefore, in the price of carbon. The Council’s position also includes the concept of a port at risk of carbon leakage, like that of the Parliament, and uses the same parameters, thus de facto extending the geographical distribution of the last/first port before/after the EU. The text approved by EU member states in the Council also includes non-CO2 emissions (nitrous oxide, methane) to be reported from 2024 with the possibility of later including them in ETS carbon pricing. This addition would more accurately assess the climate impact of future fuels.

With both the European Parliament and the Council of the European Union having adopted positions on the ETS proposal, the legislative process can enter the next phase. During this phase, the two institutions, as well as the European Commission, must reach a compromise before the proposal becomes legislation. Given the diverging positions on elements such as the transition period, the percentage of voyages between EU and third country ports and the start of carbon pricing, as well as other non-logistical issues , these negotiations will take some time. We hope that a political agreement can be reached towards the end of 2022.

What does this mean for our customers?
The cost of ETS compliance will likely be significant, which will impact the cost of shipping. It is expected that the volatility of European Union (EUA) allowances traded in the ETS could increase, as the revised legislation comes into force. To ensure transparency, we plan to apply these costs as a stand-alone surcharge starting in the first quarter of 2023.

Based on the latest developments, below are estimates of cost increases (in EUR) per FFE for selected trades with the following considerations.

Biodiversity and oceans: On the way to Sharm el-Sheikh