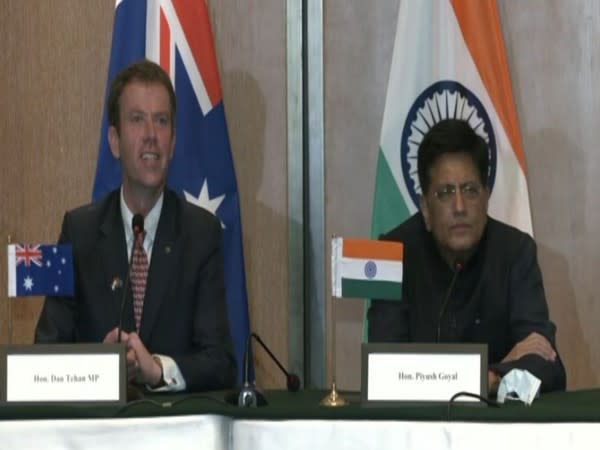 The two ministers today discussed a range of issues at the 17th meeting of the India-Australia Joint Ministerial Commission. Key issues that were discussed during the meeting include the swift negotiation of a bilateral ECSC, resolving tax issues faced by Indian software companies in Australia, ensuring increased bilateral trade and the 12th Ministerial Conference. of the WTO which is to be held at the end of this year.

Apart from this, the two countries reaffirmed their commitment to conclude an ECSC, including concluding an interim agreement by December 2021 to liberalize and deepen bilateral trade in goods and services, and to conclude negotiations on a full ECSC. by the end of 2022, according to a joint statement.

The Joint Ministerial Commission detailed the areas that will be covered by the Interim Agreement in accordance with Article XXIV of the General Agreement on Tariffs and Trade, including goods, services, investment, energy and resources, logistics and transport, standards, rules of origin and sanitary and phytosanitary measures.

The two ministers also agreed to explore government procurement. It was agreed that there would be an exchange of offers by the end of October 2021.

Seeking to build on the progress made by the two countries in previous bilateral negotiations, the two ministers agreed on the need for a balanced trade agreement that encourages increased trade and investment flows for the benefit of our two economies, and which reflects a shared commitment to the rules-based international trading system.

Reaffirming their commitment to work together, the two ministers agreed to strengthen the rules-based, transparent, non-discriminatory, open and inclusive multilateral trading system embodied by the World Trade Organization. They also agreed to work towards an ambitious and balanced outcome at the 12th WTO Ministerial Conference (MC12) in Geneva, Switzerland, the statement read.

Off the Heels of Yeezy Gap Drop, Gap Inc. Shares Progress in Sustainability