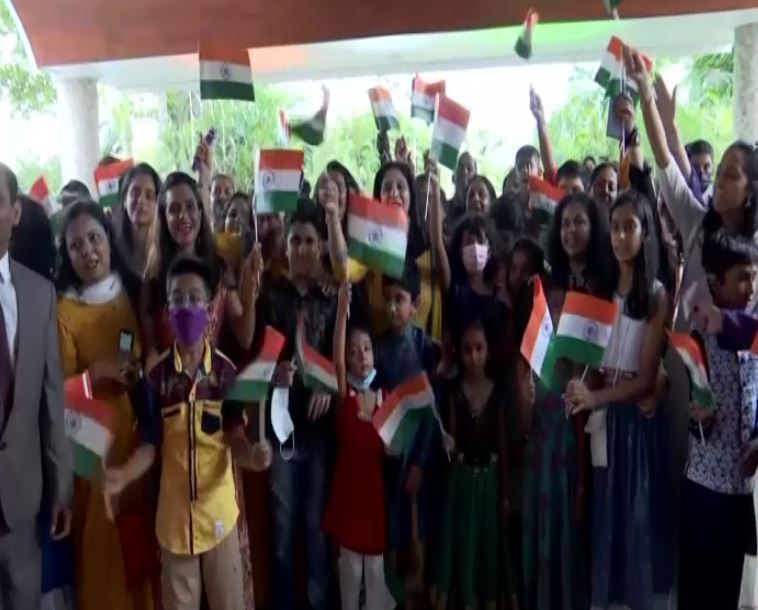 kingston [Jamaica]May 16 (ANI): President Ram Nath Kovind was warmly welcomed upon his arrival in Jamaica by the Indian Diaspora.

The Indians were delighted to meet the President on the Jamaican mainland. President Kovind’s visit is expected to strengthen diplomatic relations between the two countries and boost bilateral trade.

An Indian businessman in Jamaica, Mukesh Kumar Singh, said: “The President’s visit will strengthen diplomatic relations between the two countries and give a boost to the business sector. The IT sector will get a boost as India is an IT hub, and in Jamaica the IT sector is also showing good growth. Five years later, this will help both countries to achieve great heights in the IT sector. »

Not only business and IT, but the president’s visit can benefit the pharmaceutical industry, said the national head of Dr. Reddy Pharmaceuticals in the Caribbean and Central America region, Prithviraj Chatterjee.

He said, “With this visit from the President, the pharmaceutical industry should benefit. Indian generic drug companies would like to bring more and more drugs to the country which is needed in the region to bring down the cost of drugs here. The cancer drugs available here are very expensive, if Indian companies are well promoted, the prices will become reasonable for Jamaicans, which will benefit both countries.

Holding Indian flags in their hands, the crowd of Indians greeted India and President Kovind upon his arrival at Norman Manley International Airport in Kingston. The Indians called it a proud moment and a lifetime memory. On the other hand, the president also responded to the warm welcome by waving to the crowd.

“We are very pleased with the President’s visit to Jamaica. It is a proud moment that our President is here to meet with us. For many of us, it’s a dream come true. This is the memory of my life,” Indian resident Khushi Sahani said.

Another resident, Deepali Shergill, said: “The President was so happy to meet us. It made us very happy. It was an emotional moment for us. I welcome President Kovind to Jamaican soil.

President Kovind is on a state visit to Jamaica, Saint Vincent and the Grenadines from May 15-21. He made a one-day technical stop in Milan, Italy. This is the very first visit of the Indian President to these two countries.

During his four-day visit to Jamaica, several important programs are scheduled. The President will pay a floral tribute at the Shrine of the Rt. Excellent Marcus Mosiah Garvey.

In the evening, President Ram Nath Kovind will present cricket kits to aspiring Jamaican cricketers. A cricket kit will be given to Billy Heaven, president of the Jamaica Cricket Association. (ANI)

This report is generated automatically from the ANI news service. ThePrint declines all responsibility for its content.

The Recorder – $155,000 to support energy efficiency projects in Franklin County