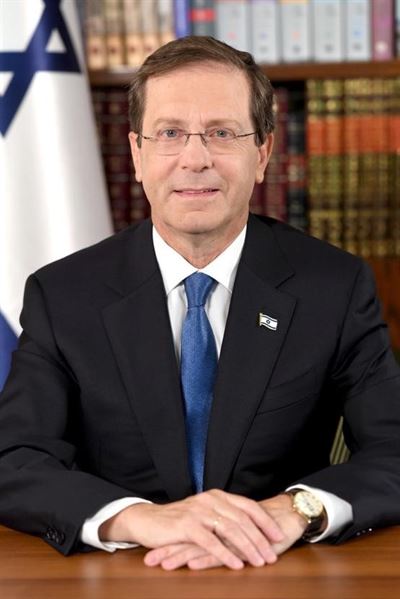 Israeli President Isaac Herzog on Sunday exchanged congratulatory letters with President Moon Jae-in to mark the 60th anniversary of the establishment of diplomatic relations between the two countries.

“Our two nations have created a vibrant economic miracle and fostered strong democratic governance, despite serious security challenges and with no natural resources other than our peoples’ determination, hard work and self-confidence,” Herzog wrote. in the letter reviewing milestones and achievements in bilateral relations since 1962, according to the Israeli Embassy in Seoul.

The Israeli president also noted some of the achievements in bilateral relations.

Herzog also shared his vision to further deepen and strengthen the scope and diversity of cooperation between the two countries.

“I look forward to developing ways in which Korea and Israel will deepen the very friendly and vibrant relationship we enjoy,” he wrote.

The Israeli Embassy in Korea added that it will hold a wide range of cultural and academic programs throughout 2022 to celebrate the anniversary.

“Local audiences in Korea can enjoy exquisite Israeli art, music and culture in contemporary dance, jazz and rock music and drama. The Israeli Embassy is hosting a major academic conference on relations Korean-Israeli conferences, including a lecture by an Israeli Nobel laureate,” the embassy said in a statement.

How to help your legal team help others