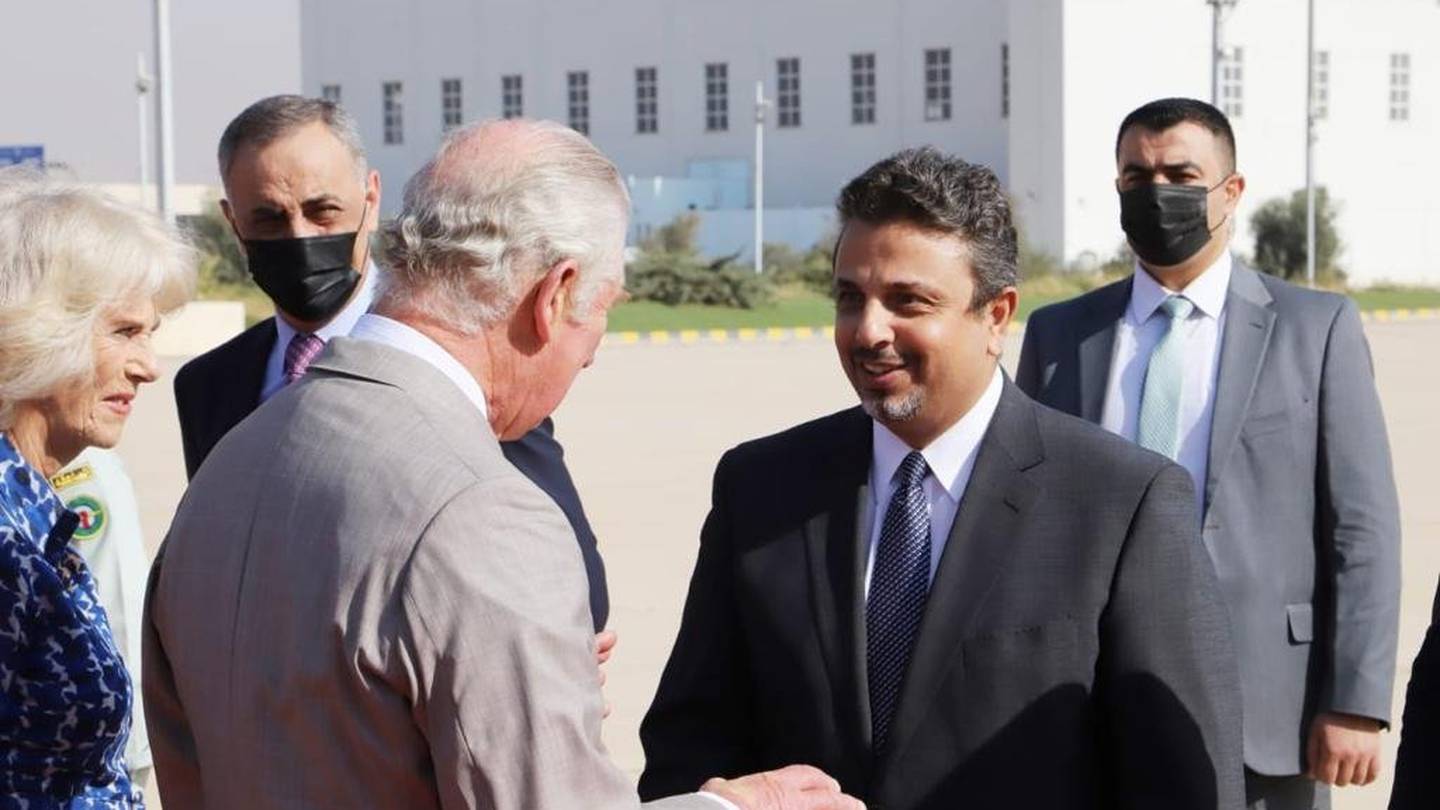 Jordan is seeking to deepen its trade relationship with the UK by strengthening the existing Association Agreement between the two countries to facilitate business.

With exports to the UK totaling $22.32 million in the first 10 months of 2021, imports reached £165.4 billion ($223.42 billion), leaving a “huge trade deficit in favor of the UK,” said Manar Dabbas, Jordanian Ambassador to the UK. delegates attending a roundtable organized by the Arab-British Chamber of Commerce (ABCC).

While a bilateral preferential trade agreement entered into force on May 1, setting the framework for an expansion of trade transactions, this pact has not advanced since then, Mr Dabbas said.

“I know there are other priorities for this government in terms of trade deals,” he said, while noting that Jordan plays a key role in the political security of the wider region. .

“For Jordan to continue to play this role, it needs to be properly cushioned and one of the key elements of that is economic growth, which comes through increasing exports and, most importantly, attracting foreign direct investment. “

Grateful for @ABCCnews for organizing a roundtable in which I highlighted the various investment opportunities in 🇯🇴, & ways to strengthen bilateral trade 🇯🇴🇬🇧 pic.twitter.com/l7Mx6T7urN

While Mr Dabbas said he understood that “due to the urgency” of the pandemic, “the UK has not had the opportunity to discuss individual agreements with countries”, he is now looking to taking those talks forward at a meeting in April, with plans to focus on increasing the quota of Jordanian products entering Britain, such as dates, processed and halal meats, and fruit and vegetables.

“When you allow that to happen, it means you have expanded new investments,” he said. “New investment means there are new job opportunities, which means you reduce unemployment, reduce poverty and help economic growth figures to reduce the percentage of debt to [Gross Domestic Product].”

Baroness Symons, chair of the ABCC, said the UK’s trade relationship with Jordan has undoubtedly been affected by the coronavirus pandemic, which has posed multiple challenges for both countries.

“Now is the time to really move forward,” Ms Symonds told delegates during the roundtable.

Jordan, which has scarce natural resources and more than a million refugees from Syria and Iraq, depends on foreign aid and grants to finance its budgetary and current needs. The government is trying to restructure its economy and cut state subsidies as public debt and unemployment, already high before the Covid-19 pandemic, have risen further.

However, the fiscal and monetary measures currently in place – as well as an accelerated vaccination program – have put the Jordanian economy on the road to recovery, according to the International Monetary Fund.

The country’s economy is expected to grow 2% in 2021 and 2.7% this year, the IMF said, with the Washington-based lender approving a $335.2 million disbursement to Jordan earlier this month. bringing its total payment to the kingdom since the start of 2020 to around $1.23 billion.

“Despite the difficult circumstances caused by the pandemic, sound policies have helped maintain macroeconomic stability,” the IMF said.

“The government is on track to reduce its budget deficit by 1% of GDP in 2021, reflecting strong revenue collection thanks to a strong institutional effort to tackle tax evasion and improve tax compliance.”

It is this economic stability, as well as the political stability of the country, that Mr. Dabbas was keen to promote in order to further secure UK trade and investment.

“The kingdom continues to be a good destination for international investors,” he said, citing the country’s cautious reform program and its free market-oriented economy and private sector-led approach.

“The government’s economic team continues to focus on economic and fiscal policy settings that boost the competitiveness of the national economy, making Jordan a more attractive investment destination for regional and global businesses, and achieving the best possible balance to achieve better living standards for citizens and fight against poverty,” he added.

Mr. Dabbas said that Jordan is also a solid investment destination due to its geographical location, positioned between Europe, Africa and Asia, which makes it “an ideal gateway to the Mena region and beyond”.

Business owners at the event pointed to some of the bureaucratic challenges they faced in setting up and investing in Jordan, but Ms Symons said the two nations ‘shouldn’t be too depressed’ by the progress made so far.

“We only signed the Association Agreement in November 2019, then it was confirmed by decree in 2021 in Jordan and pretty much that whole period was dominated by Covid,” Ms Symons said.

“We now have to crack and we hope that the Covid will completely disappear. Even if it’s not, we know we can control it. Now is the time for us to really get out there…and make solid deals in specific areas for the prosperity of both our countries.

For British companies looking to invest in Jordan, Mr Dabbas pointed out that manufacturing and ICT are two key areas ripe for new capital.

With 5,600 ICT graduates each year in the country, it offers potential investors “a pool of educated young people at an affordable cost”, he said, from which large companies such as Cisco, Microsoft and Expedia are already benefiting. .

Another area Mr. Dabbas was keen to highlight was the manufacturing sector, as well as opportunities in the country’s booming health and tourism sectors, and in clean energy as the government partners with the private sector. to overcome shortages of oil and gas reserves.

Mr Dabbas stressed that more work needs to be done to increase the flow of goods from Jordan to the UK.

“We are exporting and we have trade agreements between some of the Jordan growers and Tesco, Waitrose and Sainsbury’s, but we need to export more and increase that quota,” he said.

“Sometimes officials say they want to protect the UK market, but Jordan is a small market; it does not threaten the UK market by increasing our share of exports by 30 or 40%. The UK can absorb much more than that.