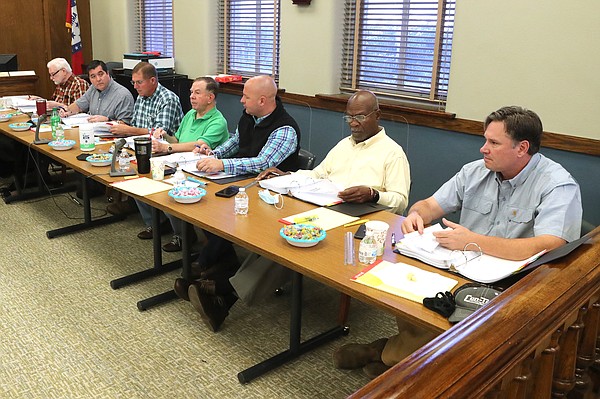 The 2022 budget that the Garland County Quorum Court finance committee gave this week in a preliminary recommendation for success projected more than $ 133 million in revenue, more than a third of the revenue forecast for the budget adopted in 2021.

The increase is mainly due to $ 19,304,565 from the American Rescue Plan Act. The county received half of the funds in May. When the balance is returned next year, the funding will represent almost the entire general fund budget of $ 20,180,700 proposed for 2022.

The county was waiting for more advice from the Treasury Department before straining a significant portion of the funds. The budget presented on Wednesday allocated ARPA funding for an estimated $ 750,000 renovation of the former Hot Springs National Guard Armory on Woodbine Street and approximately $ 100,000 for new electronic ballot records.

County Judge Darryl Mahoney said the county has sought proposals from consulting firms that could help it disburse its ARPA funding under Treasury Department rules. He said it will be a turnkey service, preparing and submitting funding requests, expense reports and other documents on behalf of the county. Funds not committed by the end of 2024 will be returned to the federal government.

The general fund expenditure of over $ 20 million to which the finance committee has given preliminary approval is 7% higher than the general fund budget adopted in 2021. The committee will meet again next month to consider presenting a final budget recommendation to the full quorum court.

â€œThe general fund is tight this year,â€ Mahoney told the committee. “If we’re really going to try to do with our people, it’s going to be very tight. We’re in good shape. Our revenue stream is strong. I think we’re going to see continued growth.”

The county has forecast $ 388,932 in 2021 with its 0.50% sales tax revenue going to the city of Hot Springs in accordance with the interlocal agreement the two governments signed earlier this year. In return for the city lifting restrictions on utility connections and extensions into the unincorporated area of â€‹â€‹its service territory, the county agreed to give the city a per capita share of the growth in the city. sales tax.

Growth exceeding 3.6% of the 2020 collections will be shared with the city on a population basis, with the county paying the city’s share in April. Next year’s payment will be limited to the last three quarters of 2021, as the interlocal agreement only entered into force at the start of the second quarter of this year.

The $ 78 million the budget allocates to all county funds includes $ 4,146,866 in capital spending, a 146 percent increase over the budget passed in 2021. The proposed capital spending includes six Chevrolet Tahoes for the Sheriff’s Department, $ 221,564 to upgrade the detention center’s electronic security system and $ 300,000 to expand the Cedar Glades landfill.

Mahoney said the solid waste fund would be hit the hardest by rising fuel prices, as transport trucks make up to eight round trips a day to the Saline County regional solid waste landfill in Bauxite. . It is the depository for all Class 1 waste, or household garbage, that the county contract carrier collects from over 20,000 residential and business accounts in the unincorporated area. Cedar Glades Landfill is a licensed Class 4 facility for building demolition and debris and other bulky items.

“Aggregates have increased by $ 1 a tonne,” Mahoney told the committee. â€œWe’re going to see big increases in our paving program. Inflation is rampant, and there is nothing to control it right now. Under normal circumstances, you would see an interest rate hike to try to slow that down. We haven’t seen that. “