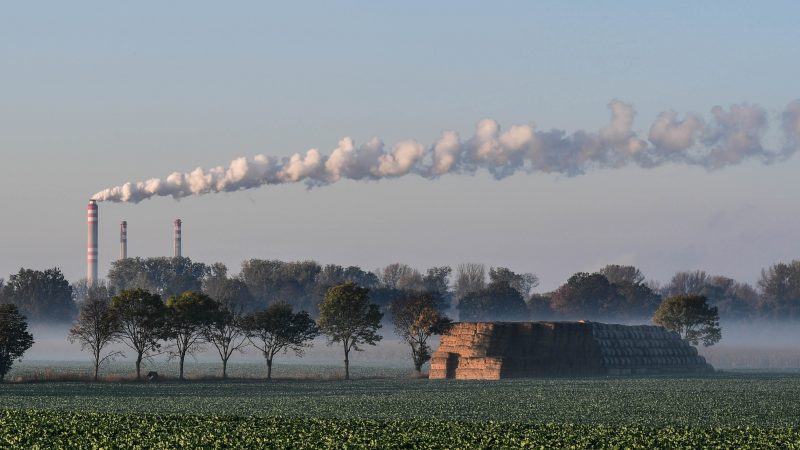 Unambitious coal phase-out policies in Central and Eastern Europe threaten the just transition in the region and the European Commission should only accept plans that use the Just Transition Fund to develop and diversify local economies for a brighter future. green, writes Alexandru MustaÈ›Äƒ.

Alexandru MustaÈ›Äƒ is the Just Transition Coordinator within the Bankwatch network in Central and Eastern Europe.

In order to access the â‚¬ 17.5 billion Just Transition Fund, policymakers in carbon-intensive regions of the EU and in particular in Central and Eastern Europe (CEECs) are rushing to finalize their plans territorial organizations for a just transition.

The documents are expected to sketch a vision of a future without coal and other polluting industries, showing how they will use EU money to build a carbon-free economy. They should also provide details on matters over which regional authorities have little or no power, such as explaining where the greenhouse gas emission reductions will come from.

Even progressive regions will find this task difficult, as the only document to rely on is usually the National Energy and Climate Plan (NECP). The PNECs were designed over the past two years and are meant to show what actions countries will take to meet their climate targets by 2030.

But most of these plans aren’t ambitious enough – and many of them don’t include a coal phase-out date.

Unexpected news arrived last week from Romania, where the country’s recovery and resilience plan promised a phasing out of coal by 2032. A reason to rejoice for climate activists, of course, who did not. however was quick to point out that the should arrive much sooner – well before 2030.

In a country of 20 million people, 16,000 workers are employed in the coal sector, which generates about 20% of the country’s electricity. Solutions for the energy sector and for employment could therefore be found within a decade. However, neither is explained in the document.

For the coal regions, the vague mention of a phase-out does not help to design their territorial plans, because it does not specify when each power station will close. It is also at an advanced stage of the process, as most countries are due to submit their first draft of the plans to the European Commission in June.

The other countries in the region are not in a significantly different situation. There is a lot of talk these days about the lawsuit between the Czech Republic and Poland, with the former trying to stop the TurÃ³w coal mine from the latter.

Recently, Poland tried to solve the problem by promising to spend more than 40 million euros on reducing the impact of the mine on local groundwater. But the project is much more expensive: the region will also lose access to the Just Transition Fund because it fails to prove a transition path.

The Commission stressed that other sources of funding remain available – little consolation for a country that has fought for the lion’s share, around â‚¬ 2 billion, of the Just Transition Fund.

The plaintiff in the TurÃ³w case is not getting any better: the Czech industry-dominated coal commission came to a similar conclusion to the one it drew on in Germany by suggesting 2038 for a phase-out date.

But even the pro-fossil government realized that relying on coal for another 17 years was wishful thinking, so it asked the organization to come up with an earlier date.

A transformation platform has been set up to design just transition plans in the Czech Republic, made up of 39 members from various fields. But those not on this platform, especially those living in the coal regions, were unlikely to influence the plan – and many still do not understand what the Fund can do.

While the coal regions are not the only potential beneficiaries, the Fund was created primarily for them, as this fossil fuel must be phased out quickly from energy systems to meet climate commitments, followed closely by fossil gas.

If Romania and the Czech Republic’s exit dates aren’t ambitious enough, Poland doesn’t even have one – aside from an agreement with miners to close the mines in 2049, in blatant contradiction to the goal of climate neutrality 2050.

It is high time that the few EU governments that have yet to decide on a phased-out date strategized for a gradual but swift shutdown of coal mines and power plants.

The Just Transition Fund, as well as other much more important European funding instruments such as cohesion policy or the Resilience and Recovery Facility, represent an excellent opportunity to replace the jobs that will be lost in a sustainable way.

The European Commission also has a key role to play: it should only accept plans that contribute to the redevelopment and diversification of the local economy.

“Green economies” are the key to a sustainable future, according to Seetharaman