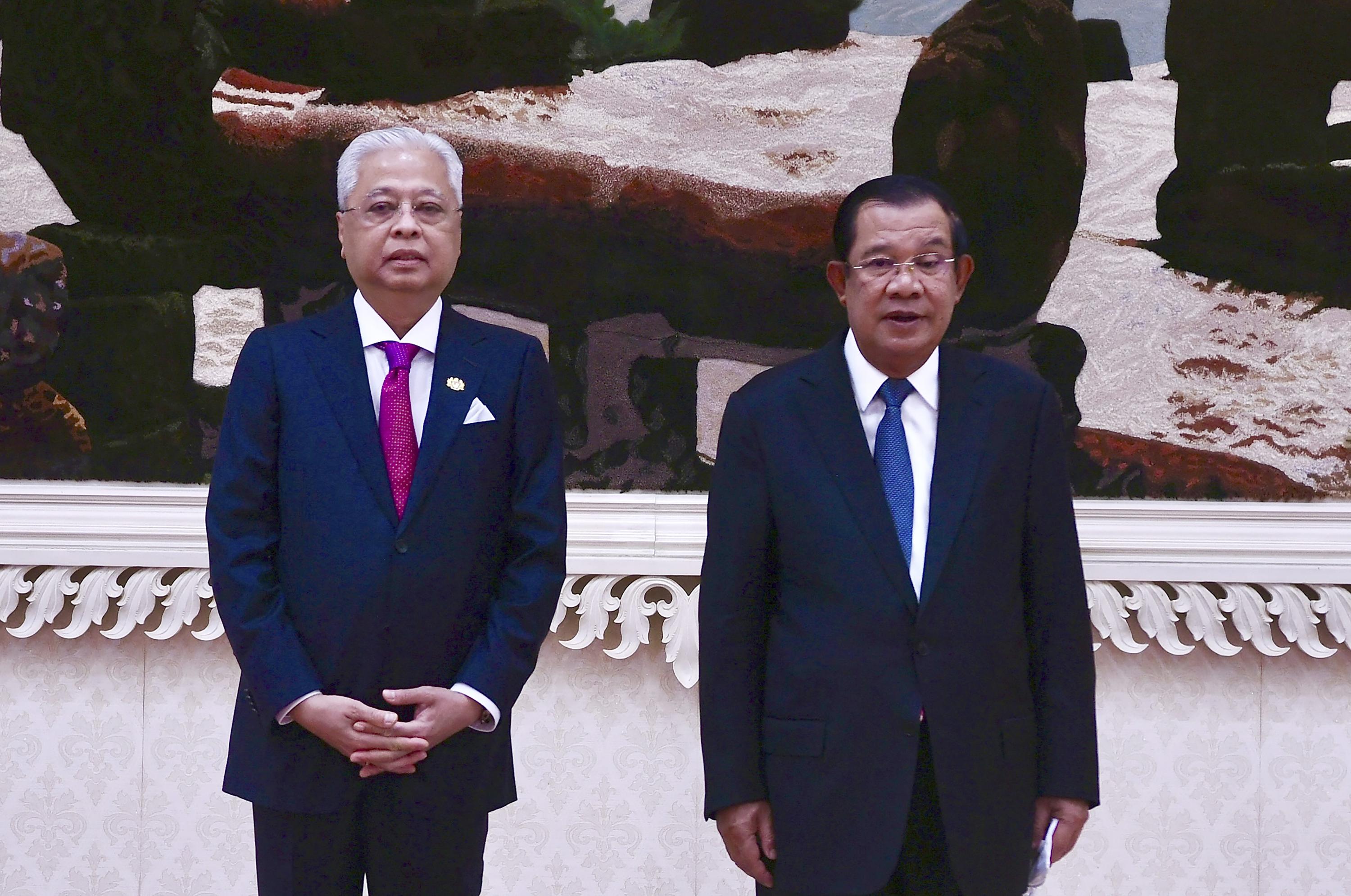 PHNOM PENH, Cambodia (AP) — The leaders of Malaysia and Cambodia discussed the crisis in military-ruled Myanmar and other regional issues during a meeting in Phnom Penh on Thursday, the two countries said.

Both countries are members of the Association of 10 Southeast Asian Nations, which is trying to help restore peace in Myanmar, where the military seized power a year ago from the elected government of Myanmar. ‘Aung San Suu Kyi.

Cambodia is ASEAN’s chair this year, and Hun Sen has sought to engage Myanmar’s generals in a conciliatory manner. In January, he became the first foreign leader to visit Myanmar since the military coup, which critics say gave legitimacy to the army regime in a situation some UN experts have said. called a civil war.

Malaysia is one of many members of the regional group to have taken a tougher line on Myanmar’s military government for its failure to implement ASEAN’s five-point consensus on promoting peace.

During their talks, Hun Sen and Ismail both endorsed the five-point plan and Malaysia fully supported the work of ASEAN’s special envoy for Myanmar, Cambodian Foreign Minister Prak Sokhonn, said the two countries in a joint communiqué.

They also discussed tensions in the South China Sea and “geopolitical rivalry between great powers”, the statement said. Many ASEAN members strongly contest China’s claim to large swaths of the South China Sea, but Cambodia, China’s closest ally in the region and with no claims of its own, has been lukewarm to support the positions of its fellow members.

Their differences over the Myanmar issue were underscored last month when Malaysian Foreign Minister Saifuddin Abdullah said Hun Sen should have consulted with other ASEAN leaders before traveling to Myanmar to meet the leader. of his ruling military council, General Min Aung Hlaing.

Hun Sen replied that the Malaysian Foreign Minister should not be “arrogant” and disrespectful towards the ASEAN President.

Ismail also raised the issue of displaced people from Rakhine State in Myanmar, the statement said. More than 700,000 members of the Rohingya Muslim ethnic minority fled Rakhine to neighboring Bangladesh in 2017 to escape a brutal counter-insurgency campaign by Myanmar security forces, who have been accused of rape and mass murder and the burning of thousands of homes.

In a press conference after the meeting, Hun Sen said Cambodia and Malaysia will promote “bilateral trade, investment, education, human resources and tourism, so as to upgrade the economies of the two countries after the end of COVID-19”.

Blackbaud will participate in the March 2022 investor events