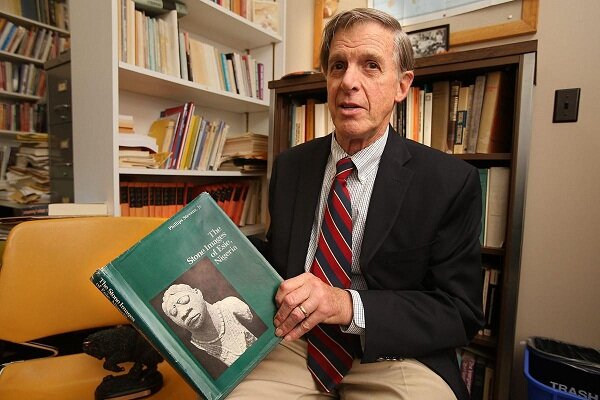 Many Americans still cling to Trump as their saviour: anthropologist

TEHRAN — Despite his hypocrisy, Donald Trump is seen as a savior by many Americans, says an associate professor of anthropology.

“Donald Trump has taken on the role of ‘populist’ and become the ‘voice of the people’ – the disenfranchised, the victims of economic change wrought without their consent,” said Phillips Stevens Jr. of the University of New York State. in Buffalo tells the Tehran Times.

“Most people in America recognize that Trumpism – selfish, arrogant and deceitful – is not the ideal version of Americanism. But many Americans still cling to Donald Trump as their savior, and, although the popular acceptance of this aberrant political ideology is in decline, its future is uncertain.

Here is the text of the interview:

Q: American society suffers from problems such as racism, xenophobia, violence, etc. However, some politicians fuel these problems. How do you see the future of democracy and freedom in the United States in light of such socio-cultural challenges?

A: America has undergone great changes over the past 5 years since 2016. The two most powerful agents of change have been Trumpism and the COVID-19 pandemic. America exemplifies the inherent weaknesses of liberal democracy, the kind shared by smaller, less complex democracies elsewhere in the world. Liberal governments, liberal values, loose socio-cultural restrictions, all allow for the expression of discontent.

“America is an extremely complex and extremely heterogeneous country.”America is an extremely complex and extremely heterogeneous country and with the increase in immigration it becomes more complex and heterogeneous. Even in times of prosperity, many people are unhappy about something. President Donald Trump’s 2016 campaign and election tapped, stirred, and gave a collective voice to many dissatisfied people, especially in rural areas. Cities may have areas of squalor and poverty, but – as in all parts of the world – people in rural areas develop grandiose but unrealistic ideas about life in cities, centers of commerce, education, arts, health care and government. And they are jealous of the imaginary life of the townspeople. They are certain that city dwellers get much bigger slices of the economic and cultural pie. When a universal stressor like a pandemic of a highly contagious and life-threatening disease takes hold and permeates all aspects of life, expressions of doom intensify and scapegoating and conspiracy theories become widespread. This happened in the 15th century with the bubonic plague (“The Black Death”) and in 1918 with the Spanish flu. The same type of social responsibility can occur with other general causes of social stress and anxiety-provoking environmental disasters – earthquakes, volcanic eruptions, tsunamis, floods – or war, economic depression, etc. These are historical and universal trends that have happened to many people. societies in similar conditions, and they generate social scapegoating reactions such as racism, anti-Semitism, general xenophobia, domestic violence; and individual pathologies such as alcoholism and drug addiction.

Q: Do you think racism, xenophobia and Islamophobia are entrenched in American society or are policy makers promoting hatred? For example, Trump and some Republicans, directly or indirectly, cause racism or discrimination against minorities.

A: American conservatism valued individual achievement and was suspicious and distrustful of different lifestyles; values, government and outsiders, and these values ​​have intensified and have been the basis for new forms of defiance. “Gun rights,” based on the felt need to uphold conservative values, have been a dominant theme in American culture and politics. Sexuality is at the heart of human concerns; and with recent advances in medical science and the recognition of certain aberrant sexualities as natural human variations, the rapid liberalization of sexual attitudes has become another conservative reaction to liberal values. Conservatives tend to be more actively religious than liberals, and religious conviction has always been strong in popular American values. Abortion has been a particularly divisive issue, and religious belief underpins anti-abortion activism.

Q: American history has witnessed deep-rooted racism against black people and other minorities. Apparently, the political system has failed to resolve these issues which can turn into threats to national security and values. Where is the problem ?

A: As an anthropologist, I conclude that racism, the deep-seated antipathy towards people of different ethnicities, especially those whose differences are displayed in physical characteristics, is rooted in an inherent distrust of outsiders. which had a clear adaptive advantage during evolution. , but is easily modified in early childhood and through socialization. American racism, however, is unique, deep, and intertwined with the nation’s history. It is different but has been compared to the Hindu caste system. America’s early reliance on black slavery is an extremely painful legacy for blacks and whites alike. History is important in all cultures and forms the basis of identity and relationships with others. Like many nations with histories of inhumanity toward specific groups of people, America is still confronting, understanding, and reconciling its history.

Q: Given Trump’s large social base, what will be the implications of his possible re-election in the 2024 election?

A: Donald Trump has taken on the role of “populist” and has become seen as the “voice of the people” – the disenfranchised, the victims of economic changes wrought without their consent. Most people in America recognize that Trumpism – selfish, arrogant and deceptive – is not the ideal version of Americanism. But many Americans still cling to Donald Trump as their savior, and while popular acceptance of this aberrant political ideology is waning, its future is uncertain.
America is still an enviable democracy, as evidenced by continued immigration and the people’s evident concern and generosity toward those whose rights are under threat. As a current example, Americans loudly join most of the rest of the world in our praise and concern for the people of Ukraine, and huge donations of money, food and materials are being given now.