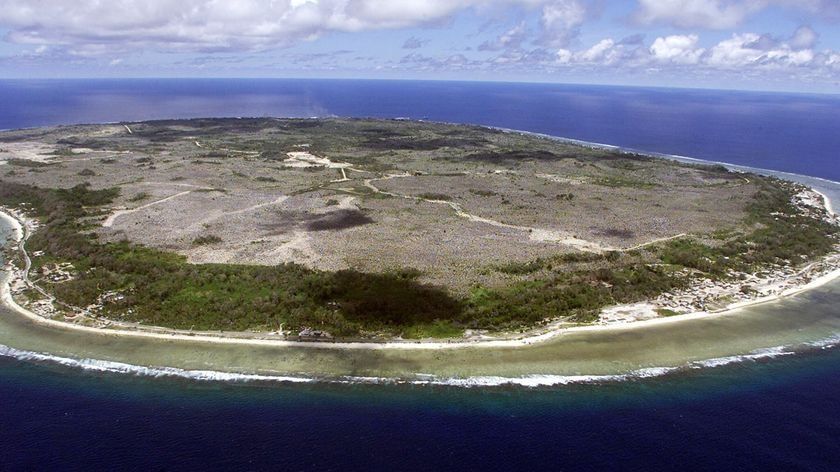 New submarine Internet cable for Nauru, Kiribati and the Federated States of Micronesia to be funded by Australia, the United States and Japan

Australia, the United States and Japan have announced that they will jointly fund the construction of an undersea cable to improve internet access in three small Pacific nations, as Western allies seek to counter the growing Chinese influence in the region.

The three Western allies have said they will develop cable to provide faster internet in Nauru, Kiribati and the Federated States of Micronesia.

However, the three allies did not say how much the project would cost.

For Pacific island nations to access high-speed internet, they must route traffic through one of three regional hubs: Sydney, Guam, or Hawaii.

In the statement, Foreign Minister Marise Payne and ministers from other countries said the announcement was “more than an investment in infrastructure.”

â€œThis represents a lasting partnership to provide practical and meaningful solutions at a time of unprecedented economic and strategic challenges in our region,â€ they said.

“This project builds on the solid foundation of the trilateral collaboration between Australia, Japan and the United States in the Indo-Pacific.”

The development of the submarine cable is the latest financial commitment from Western allies in the Pacific telecommunications sector.

How China is trying to exploit submarine cables

Australia is trying to push China to pull out of a Pacific telecommunications deal. There is a similar story in submarine cables.

It comes as the United States and its Indo-Pacific allies fear that the cables laid by China could jeopardize regional security.

Beijing has denied any intention to use commercial fiber optic cables – which have much greater data capacity than satellites – to spy.

In 2016, the Solomon Islands government signed an agreement with Chinese telecommunications giant Huawei to lay a cable to Australia.

To end the agreement between Solomon Islands and Huawei Marine, Australia paid for most of the Coral Sea cable, which connects Port Moresby in Papua New Guinea and Honiara in the Solomon Islands to Sydney.

The deal cost Australia around $ 137 million.

The contract for Huawei Marine would have led to the laying of a cable between Honiara and Sydney, which would have meant that the Chinese hardware would have been connected to the backbone of Australia’s national internet infrastructure.

â€œThis was seen as a red line that Australia would not cross and so we jumped on a better deal, providing the cable in the form of a subsidy that would be implemented with a supply partner of the choice of the Australia – which would not be Chinese, â€said the director. from the Lowy Institute’s Pacific Islands program, said Jonathan Pryke.

This was at a time when Australia had just banned Huawei from its 5G and NBN networks.

Huawei Marine also bid on the East Micronesia cable project which would have seen Nauru, Kiribati and the Federated States of Micronesia connect, via several other cables, to Guam, but the United States was reportedly concerned about the Chinese company’s involvement.