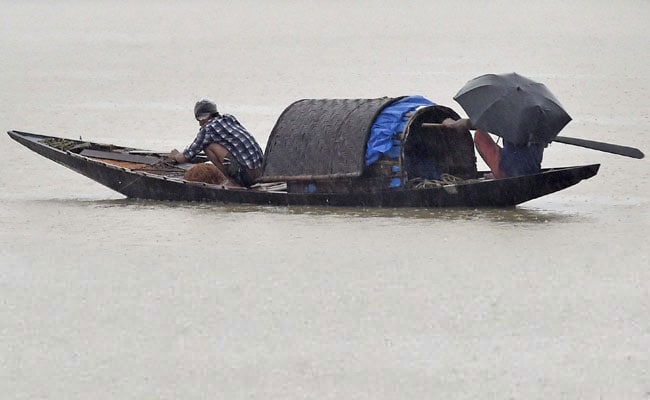 2,160 Indian fishermen have been repatriated from Pakistan since 2014. (Representational)

Union Minister of State (MoS) for External Affairs V Muraleedharan said on Thursday that the government was giving the highest priority to the safety of Indian fishermen and all assistance was being provided for their early release from the Pakistani detention.

In response to questions posed to Rajya Sabha on the arrested Indian fishermen, Mr. Muraleedharan said: “All possible assistance, including legal assistance, is being given to the fishermen for their early release and repatriation, as well as the release of their boats”.

He further said that as soon as the cases of arrest of Indian fishermen and their fishing boats by Pakistan are reported, immediate action is taken by the Indian Mission in Islamabad to gain consular access from the Pakistani government.

According to Mr. Muraleedharan, 546 Indian fishermen under Pakistani custody are from the state of Gujarat.

“It has been reported that Indian fishermen with their boats are being apprehended by Pakistani authorities for allegedly fishing in Pakistani waters and charged under Pakistan’s fisheries law,” MoS Muraleedharan added.

He said that the cases of arrest of Indian fishermen and their fishing boats by Pakistani authorities are constantly raised with the Pakistani government and it is indicated that this issue can be considered on humanitarian and subsistence grounds.

Previously, no less than 20 Indian fishermen had been released by the Pakistani government on June 20 through the Attari Wagah border as a sign of goodwill.

Meanwhile, in another response to Rajya Sabha, the minister said there had been no progress between India and Pakistan since 2019 regarding the resumption of trade.

When asked if there has been any progress in resuming trade relations with Pakistan since the year 2019, the minister in his written response to Rajya Sabha, in his written response to Rajya Sabha, said : “In August 2019, Pakistan announced the suspension of bilateral trade relations with India. Pakistan partially relaxed its ban on trade with India in September 2019 by allowing trade in certain pharmaceuticals. There is no has had no progress regarding the resumption of trade with Pakistan since then.

In June, Pakistani Foreign Minister Bilawal Bhutto-Zardari highlighted the country’s interest in trade and engagement with India, saying Pakistan was isolated on the world stage due to past policies.

Meanwhile, Rajya Sabha has been adjourned until noon amid an uproar over the misuse of central investigative agencies, with the opposition and Treasury benches raising allegations against each other over the question.

Today: The EU-Israel Association Council will hold its first meeting in over a decade

Trade engagement is part of new partnership with Pacific Islands