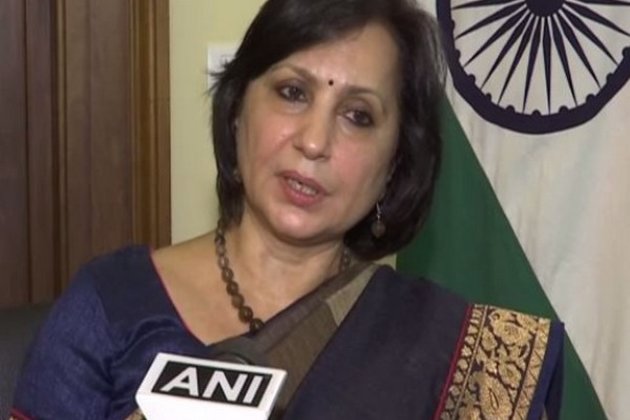 Rome [Italy], October 28 (ANI): Prime Minister Narendra Modi’s visit to Italy starting on Friday offers a tremendous opportunity to build on the momentum of mutual relations, both in the bilateral context and in terms of “our shared global responsibility” said Indian envoy Neena Malhotra. .

Speaking to ANI, Malhotra said Prime Minister Modi’s visit would be his first visit to Rome after taking office as Prime Minister.

The envoy said Prime Minister Modi will meet with his Italian counterpart Mario Draghi and that this will be the first face-to-face meeting between the two leaders.

Prime Minister Modi will visit Rome and Vatican City from October 29 to 31 at the invitation of the Italian Prime Minister.

He will be in Glasgow, UK, November 1-2 for the COP26 meeting at the invitation of UK Prime Minister Boris Johnson.

In Rome, the Prime Minister will join other G20 leaders at the 16th summit for discussions on global economic and health recovery from the pandemic, sustainable development and climate change.

“This visit by Prime Minister Modi offers a tremendous opportunity to build on the momentum that has accumulated in recent years both in bilateral contexts and in contexts of our shared global responsibility,” she added.

The envoy said that cooperation between India and Italy in the G20 has deep roots.

She also noted that ties between the two countries have grown even stronger in recent years, especially after the virtual summit last year.

Malhotra said trade and economic relations are crucial parts of “our relationship”.

“This year’s bilateral trade, from January to July, saw a dramatic increase of almost 36%. There has been an increase in Italian investments in India which are despite the pandemic and have been widely appreciated, ”she said.

“We have historical ties. We have business ties. The role of Indian soldiers, especially during WWII, was deeply appreciated and commemorated through various events throughout the year. The relationship between our two countries have grown even stronger in recent times, years especially after the virtual summit we had last year between our two prime ministers, “she said.

The envoy said that the energy transition is at the center of the concerns of the two countries and that there are enormous possibilities for future cooperation. (ANI)