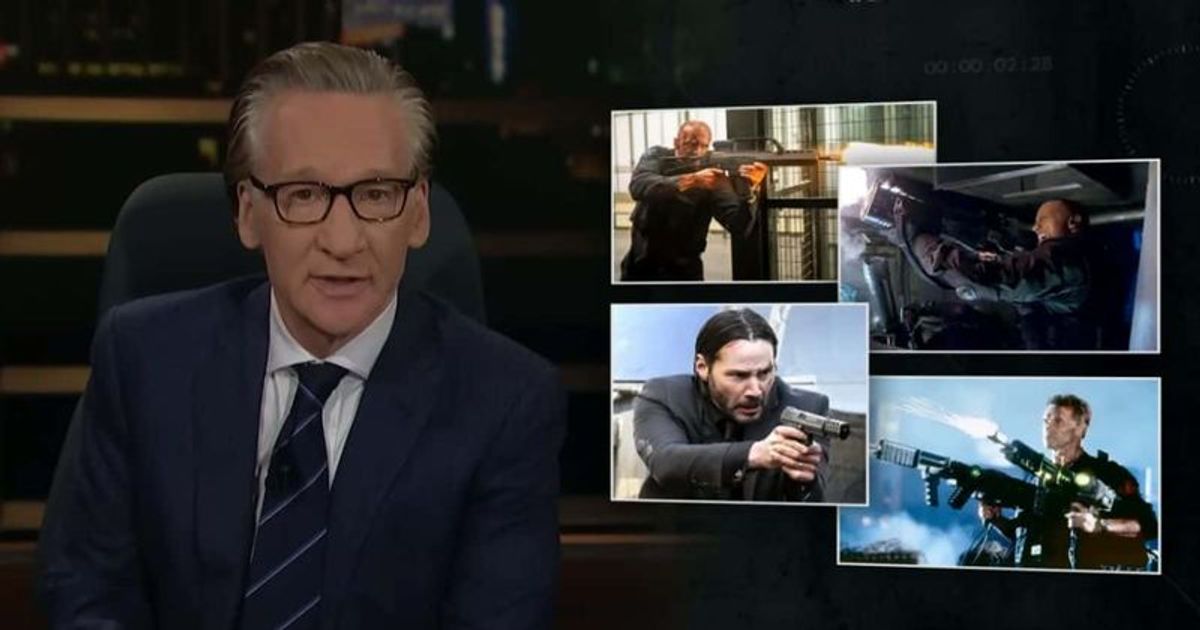 American comedian and political commentator Bill Maher recently criticized Hollywood for turning a blind eye to gun violence and romanticizing it. On a recent episode of “Real Time with Bill Maher,” the 66-year-old HBO talk show host said that while Hollywood is the most “woke” place when it comes to other areas of social responsibility, there is no advocacy in regards to ending gun violence. “Now that we live in an age of corporate super-responsibility, where every major American corporation bends over backwards to get on the politically correct side of every issue, Hollywood needs to tell us why that doesn’t include gun violence,” said the comedian.

“They have intimacy coordinators on set to chaperone sex scenes, they hire sensitivity readers to go through and edit scripts, Disney resisted the ‘Don’t Say Gay’ law, another studio spent $10 million dollars to digitally remove Kevin Spacey from a movie, but when it comes to the unbridled romance of gun violence, crickets. Weird. The only thing we don’t call a trigger is the one that actually has a trigger,” Maher said. He further highlighted on a pie chart detailing the causes of the mass shootings, which included issues such as mental health, easy access to guns, social media creating the envy and anger, and the ‘crazy amounts of gun violence in movies and TV.’ Are you telling me these cool guys don’t influence them?” the talk show host questioned, complaining of the impossibility of a platform for That’s things like ethnic stereotyping and fat-shaming, but a hero in a movie overcoming a grudge by mowing down a multitude of humans is still ok.

Reacting to the recent mass shootings in Uvalde and Buffalo, Maher said film and television studios also needed to acknowledge some hard facts. Like the fact that “the average American child sees an estimated 200,000 acts of violence on the big and small screens before they turn 18” and how the FBI says a “fascination with violence-filled entertainment” is a huge sign warning sign for potential school shooters. It creates “a culture of justified violence,” Maher said.

According to Maher, guns are repeatedly featured as the best solution to life’s problems in movies and TV shows. “They call them action movies. They should call them revenge movies,” Maher said. “Getting revenge on those who wronged you is the theme of most action movies, which are made for and loved by young men,” he added.

Although he reiterated that he was not in favor of censorship or organizing society around “what crazy people could do”, Maher added: “Every bad thought in all these films is to know how to get revenge.”

Taipei to continue talks with US after Treasury report

Caribbean aviation is essential. That’s why he has to improve.