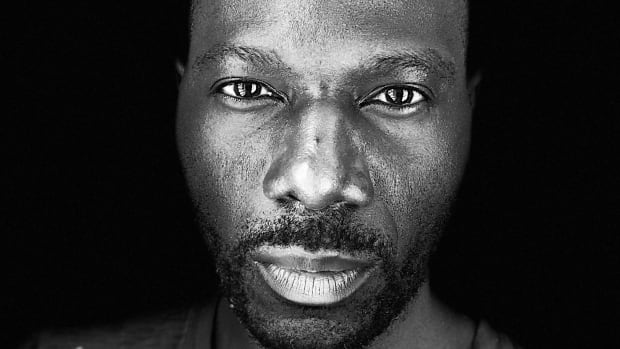 The N-word has no place in the classroom

This column is an opinion of Sulaimon Giwa, Assistant Professor of Social Work at Memorial University. For more information on CBC Opinion Sectionplease consult the FAQs.

As a Nigerian-born teacher who teaches how to disrupt systemic whiteness and inequality, I understand that my fellow educators and I have a grave responsibility: to mentor the rising generation of global citizens.

The classroom, for us, is a site to set high standards for informed and inclusive dialogues that prepare our students to be active and socially responsible citizens. In Newfoundland and Labrador, a white society where there are few black students in most classrooms, our teaching must seek to create communities of learning and care.

In recent history, Canadian actor Nicholas Campbell, Quebec media and even a well-known CBC personality have used the N-word. As we observe Black History Month in 2022, it is staggering that teachers at Canadian universities still use the N-word.

A white educator, Professor Coby Dowdell of King’s University College, used the word – in quotation marks – when discussing the book heart of darkness. He later apologized, noting his reason for saying the word: “to help students reflect on historical racism and the ethical responsibilities of studying literary works from the past.”

I understand the desire – and sometimes fixation – of some educators to use the N-word as a pedagogical imperative to teach the power of words and systems of power. Saying the N-word injects an element of shock, which can help underscore the ugliness of past stories.

But such a desire must be weighed against the risks — real and imagined — to black and non-black students alike. The use of the N-word legitimizes it.

When educators say it in class, they allow white students to use it, with no discussion and context, often with cumulative effects for black students. Educators must be concerned with the message transmitted and internalized by all students.

The N-word is rooted in the enslavement of black people who were transported to Europe and the Americas from 1502 to 1860. As the property of white masters or slaveholders, they had no rights as citizens and were subjected to the inhumanity of white supremacy, including being bought and sold in slave markets.

The N-word was thrown at black people as they were lynched and castrated, expelled from whites-only institutions under the fierce barking of attack dogs, and barred from attending all-white schools. For many black people today, that word still carries the effects of oppression and dehumanization.

Elizabeth Pryor, professor of history and race at Smith College, reminds us that the N-word isn’t just a word. It is an idea veiled as a word. It carries negative notions about blackness, including the fact that blacks are less than whites.

Describing the anti-black sentiments and verbal assaults suffered by free blacks in the antebellum North, the N-word, she argues, “emerged as a weapon of racial containment, a barometer against which to measure the limits increasingly rigid whiteness and a mechanism used to monitor and cleanse public space.”

Such thinking assumes that black people are racially inferior and blames them for inviting racist violence directed at them.

White people inhabit and operate in this world in ways that black people cannot. Defending the word’s educational usefulness displays a particular idea of ​​white racial innocence: a rejection of white guilt rooted in the ongoing pain and trauma of black people.

For many white people, it seems, the insistence that the N-word is “forbidden” has made it a tempting and forbidden fruit, so much so that it requires restraint for white educators. not to use it. The very fact of this necessary restraint gives a glimpse of the daily life of black skin.

Educators can create caring learning communities by committing to a set of ground rules on how to start a conversation about it.

First, we can engage our students to develop classroom norms to set the tone for dialogue, giving them ownership of their learning in a safer and more caring classroom culture.

Second, we can build a common vocabulary of words that will guide class discussion. How will literature containing the N-word be treated? What are the potential impacts of agreed words on black students – will they feel safe? The answers to these questions can support an inclusive learning environment for students of diverse races.

Third, we can recognize that racism is not an artifact of a bygone era. White students in particular need to be encouraged to relate history to the current realities of their lives.

N-word conversations are important and should not be avoided. There are certain standards of mutual respect and social responsibility that we have a duty to uphold in any educational setting.

Our approach must create safer and caring communities of learning, as the foundation of human decency in white-black interactions.