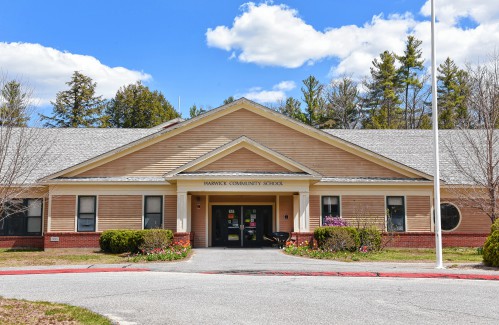 The Recorder – $155,000 to support energy efficiency projects in Franklin County

The towns of Warwick, Bernardston and Buckland have each received money that will be used for renovations to buildings around the town, such as replacing air source heat pumps, insulation and other energy conservation measures. Warwick received $136,103, Bernardston received $13,805, and Buckland received $5,000, for a countywide total of $154,908.

Warwick Buildings and Energy Committee chair Janice Kurkoski said the majority of the money will go to air-source heat pumps and similar projects at the former Warwick Community School, which could start to accommodate a full-time elementary school in the fall of 2023 if the city completes its withdrawal. of the Pioneer Valley Regional School District.

“We’ve been a green community since 2015 and have made good progress with weatherization and air-source heat pumps in three of the other buildings in town,” Kurkoski explained. “But the school is by far the biggest energy consumer when it comes to buildings in the city… more than double all other buildings combined.”

Under the Green Communities Act, cities and towns must meet five criteria to be designated green communities and receive funding. The grants provide financial support for energy efficiency and renewable energy projects that advance Designated Communities’ clean energy goals. The state estimates that funded projects in Franklin County, along with others funded through this round of grants across Massachusetts, will reduce emissions by 3,316 metric tons, which is roughly equivalent to removing nearly than 700 cars off the road, according to the state Department of Energy Resources.

Kurkoski said the extreme energy consumption at the former Warwick Community School is a result of the ventilation system and the fact that all the other municipal buildings are “relatively small”. As the community tackles the school’s energy use, Kurkoski noted that the city has “decreased the energy use of our buildings by 38% since 2013, our baseline year.”

“We are well positioned to not only fix the school’s HVAC equipment,” she said, “but also to plan for when the school will operate as a school again.”

Aside from the six air-source heat pumps, Kurkoski said city officials are considering a new water heater, a new freezer and window inserts for 42 windows. Plus, they’ll take a look at the 22-year-old boilers in the building as they prepare for their “inevitable” dismantling. She said they hope to be “completed by the end of August” so the city can apply for another round of green community grants.

Bernardston Selection Committee Chairman Brian Keir said the city’s $13,805 award will go toward “roadside garage insulation and a mini-partition for the building’s offices,” which will help the heating and air conditioning system to be more “energy efficient”.

Keir said those projects have been on the city’s radar for a “little while” and it would be good to clear them as officials gear up for the 2022 Green Communities application, which the city is not yet ready for. is not yet committed to any project because it is awaiting an energy audit of the city’s buildings.

“We are in the process of establishing our list. We recently performed audits on buildings in the city, including the Senior Center,” Keir said. “It boils down to where the best value for money would fall.”