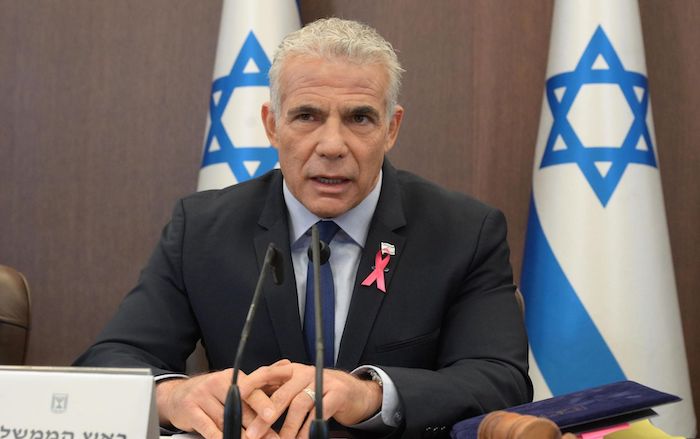 Today: The EU-Israel Association Council will hold its first meeting in over a decade

The very first meeting in more than a decade of the EU-Israel Association Council will take place today (Monday) in Brussels. It will be led by Israeli Prime Minister Yair Lapid and EU High Representative for Foreign Affairs and Security Policy Josep Borrell.

Intelligence Minister Elazar Stern will represent the Israeli government in Brussels and lead the Israeli delegation in diplomatic discussions at the meeting. During the conference, the leaders will review Israel-EU relations and discuss cooperation and further development of relations.

According to a statement from the Prime Minister’s Office, “The convening of the Council, for the first time since 2012, is a significant diplomatic achievement that reflects the improvement in Israel’s relations with the EU over the past year.

“The Council is the highest forum governing Israel-EU relations and deals with all of these ties, including in the fields of science, economy, energy and the environment.

“The convening of the Association Council will enable Israel to continue to develop its relations with the EU for the benefit of Israeli citizens,” the statement said.

‘We have been working all year to get it going again,’ Prime Minister Lapid told the meeting during the weekly cabinet meeting yesterday (Sunday). “The Council will produce economic agreements and cooperation in technology, trade, research and development that will revive the Israeli economy and reduce the cost of living.”

“The Association Council will provide an opportunity for in-depth discussions on EU-Israel bilateral relations, in the context of global challenges such as Russia’s military aggression against Ukraine, the global energy crisis and the rise of the ‘food insecurity’, says the European Council’s announcement on this meeting.

“The discussion will focus on issues such as trade, climate change, energy, science and technology, culture, respect for human rights and democratic principles, freedom of religion as well as the fight against anti-Semitism.

“The Association Council will also discuss global and regional issues of common interest and concern, in particular the Middle East peace process, where the EU hopes to build on the momentum generated at the General Assembly United Nations.”