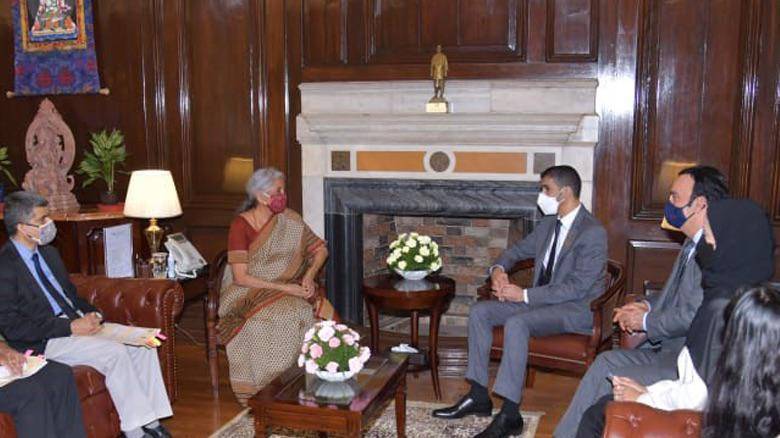 The UAE seeks to establish bilateral trade agreements of a comprehensive nature.

The United Arab Emirates and India plan to reach an agreement by December 2021 to increase bilateral trade to $ 100 billion in five years, with a goal of signing the landmark economic partnership agreement in March 2022.

The two sides began serious discussions on a Comprehensive Economic Partnership Agreement (CEPA) on Thursday with Dr Thani Al Zeyoudi, Minister of State for Foreign Trade of the United Arab Emirates, meeting with Piyush Goyal, Indian Minister of Trade and Commerce. Industry, to explain how the two countries can accelerate two-way trade, investment and economic opportunities.

Dr Al Zeyoudi also had fruitful talks with Jyotiraditya Scindiam, Minister of Civil Aviation, Ashwini Vaishnaw, Minister of Electronics and Information Technology, and Nirmala Sitharaman, Minister of Finance, during which the potential deepening links in investment, technology and aviation was discussed.

Al Zeyoudi said India is a key economic partner for the UAE and trade between the two countries has been going on for centuries.

“India is also our second largest trading partner, accounting for 9.0% of its total foreign trade and 13% of non-oil exports. We predict that the value of the UAE’s non-oil trade with India will rise from pre-pandemic levels of $ 40 billion to over $ 100 billion within five years of signing an agreement, ” said the minister as quoted by Indian media.

Al Zeyoudi expressed optimism that a comprehensive and mutually beneficial agreement can be reached by December 2021 and that an agreement can be signed in March 2022 subject to the completion of legal procedures and ratification by the two parts.

The minister said that the UAE is seeking to establish bilateral trade agreements of a comprehensive nature. They include trade in goods, services and closer cooperation in priority areas that support our growth and sustainable development. India has an attractive and competitive service sector which makes a significant contribution to the country’s economy. The specific areas that will be included in Cepa are still under discussion and this will be finalized in due course as the talks progress.

Al Zeyoudi noted that the two countries have a comprehensive investment partnership based on decades of growing collaboration. Today, the UAE is the 9th largest investor in India with over $ 18 billion in committed funds, while India’s investment in the UAE was around $ 8 billion in 2019, representing about 6% of foreign direct investment in the United Arab Emirates. The UAE-India High Level Joint Working Group has continued to explore areas to promote economic activity between the two countries and we will meet again at Expo 2020 Dubai.

Minister Goyal is due to travel to the United Arab Emirates for the inauguration of the Indian pavilion at the Expo on October 1.

According to sources, over the years, two-way investment has been made in strategically important sectors, such as services, shipping, electricity, infrastructure, real estate, health and telecommunications. Both sides see great potential to develop further in these areas and explore new ones by committing capital to future industries such as agro-tech, artificial intelligence, green infrastructure and renewable energy.

The UAE delegation arrived in New Delhi on September 21 for a four-day visit as part of the talks that mark the start of a new era of strategic cooperation between the two countries.

In discussions with Goyal, Al Zeyoudi reaffirmed the UAE’s belief that expanding trade increases opportunities, stability and prosperity, and that closer ties between the UAE and Indian economies can provide a new impetus for global recovery. – [email protected]

Editorial Director of Khaleej Times, is a well-connected Indian journalist and economic and financial commentator. He has worked in mainstream journalism in the United Arab Emirates for 35 years, including 23 years with the Khaleej Times. A graduate in English and a graduate in economics, he has won more than twenty awards. Acclaimed for his genuine and insightful analysis of global and regional business and economic trends, he is respected for his astute understanding of the local business scene.

The annual tournament will honor the memory of Rex Stelzer