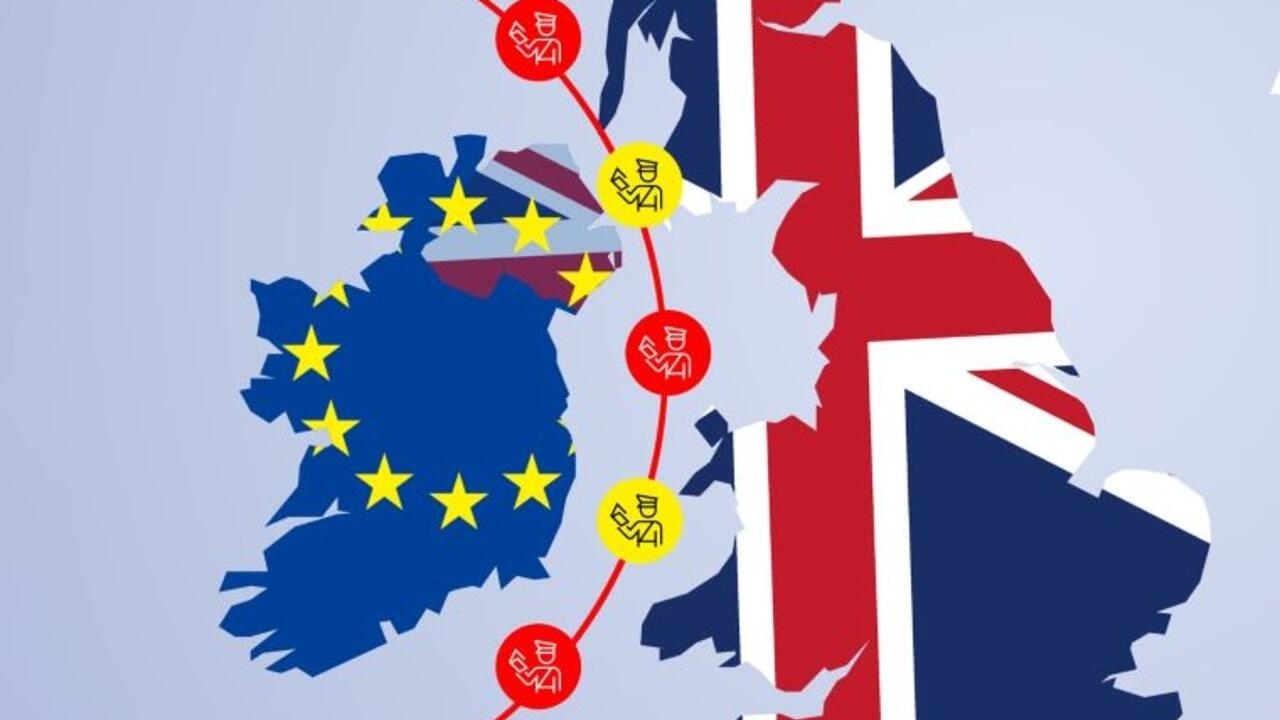 Britain has unveiled a unilateral plan to radically overhaul post-Brexit trade rules in Northern Ireland, raising serious concerns from the European Union and the United States about how the move could have an impact on the Good Friday Agreement of 1998 which ended 30 years of sectarian violence.

UK Foreign Secretary Liz Truss has outlined steps to break the deadlock with the EU over the so-called Northern Ireland Protocol, lining up a new law to unilaterally facilitate the movement of goods in the event of a failure of talks with Brussels.

The move further inflamed relations with the EU – including the Republic of Ireland – who said London’s chosen path was of serious concern.

The EU, in its defense of the Northern Ireland Protocol and the integrity of its vast single market, has vowed retaliation if Britain goes ahead with its plans.

The protocol was agreed as part of Britain’s divorce from the EU, recognizing Northern Ireland’s status as a fragile, post-conflict territory which shares the UK’s new land border with the EU.

His demand for controls on goods from England, Scotland and Wales has infuriated pro-British trade unionists in Northern Ireland who say the protocol undermines their place in the UK and refuse to join a new power-sharing government in Belfast after elections earlier this month.

UK would pull out of Ulster if they could

Damaged trust in the UK

With the EU and UK at loggerheads over the rewrite of the post-Brexit deal, one would be forgiven for thinking that Brussels and London are on the brink of a trade war.

Eamon Mallie, an award-winning scholar of Northern Irish politics and the Troubles, says there is always hope.

“It seems extraordinary that after getting the Good Friday deal between the UK and Irish governments, and how difficult it has been to achieve, we have this [spat] which does not involve life or death situations,” he told RFI.

“The operation of the [Good Friday] agreement, were very connected to people’s lives, because people had been dying in Northern Ireland for many, many years. So it shouldn’t be an imponderable problem – but it seems to be imponderable – especially if people start talking about unilateral action.”

The question remains how the UK’s rewriting of an international agreement will impact bilateral relations with individual states, with which the post-Brexit UK has sought to do business.

Overall, it would appear that any faith in the Johnson administration has been completely eroded.

“It’s the interpretation,” Mallie says. “Because it was a binding international deal. And there’s a perception now around the world and Nancy Pelosi’s intervention is very significant, because Boris Johnson sold this puppy that there will be fabulous trade deals around the world.”


You don’t want to mess with the United States

On Thursday, US Speaker of the House Pelosi unequivocally pointed out that “if the UK chooses to undermine the Good Friday Agreements, Congress cannot and will not support a bilateral free trade agreement with the UK. “.

Mallie told RFI her words should be taken very seriously by the Johnson administration.

“Nancy Pelosi has put down a marker…America’s second most powerful politician,” he says. “And she said there would be no trade deals with America if you act unilaterally and try to jump on what was agreed between you and the European Commission.

“We’re in dangerous territory here, but I don’t see it hopeless. I don’t think it’s hopeless. I think there’s a lot of common sense in Europe.”

This bilateral trade baton has already been waved in London by the Biden administration and it has been essentially ignored by Johnson’s government. Will his words have any effect on the British government’s approach to finding a compromise?

“This unilateralism, for [Liz] Truss is what exacerbates the American administration, and we can’t afford to play with America.

“We need foreign investment here and Americans know the advantage of locating in Northern Ireland because they have the opportunity to [accessing] Britain and Europe through the Republic of Ireland. So there are big advantages,” he said.

How has a stalled power-sharing executive affected the lives of ordinary people?

A trade war on two fronts

US President Joe Biden, with his strong Irish-American identity, will oppose any unilateral action that undermines the Good Friday Agreement.

“Boris Johnson has signed a binding international agreement, and it’s not going well with [US politicians] who are watching Northern Ireland very closely,” says Mallie.

“Johnson must know he’s hit a serious dead end if he can’t build a relationship with Europe to secure a proper trade deal. If he jeopardizes a U.S. trade deal and jeopardizes jeopardize a European trade deal – it’s the two biggest blocs that are important to Britain – and here he is fighting with both.

“Russia will do Britain no favors, so he needs Europe and he needs America. And he has fought with both.

“And he violated a binding international agreement, which he signed.”

Meanwhile, the European Union has left no trace of compromise, after warning that any breach by the UK of the Brexit pact could see it face hefty tariffs.

For his part, Johnson said a trade war was unlikely…and the UK could not afford it, at a time when Britons are grappling with the worst inflationary crisis in a generation.

Bus stops to be modernized soon; BEST will provide a solar-powered bus stop