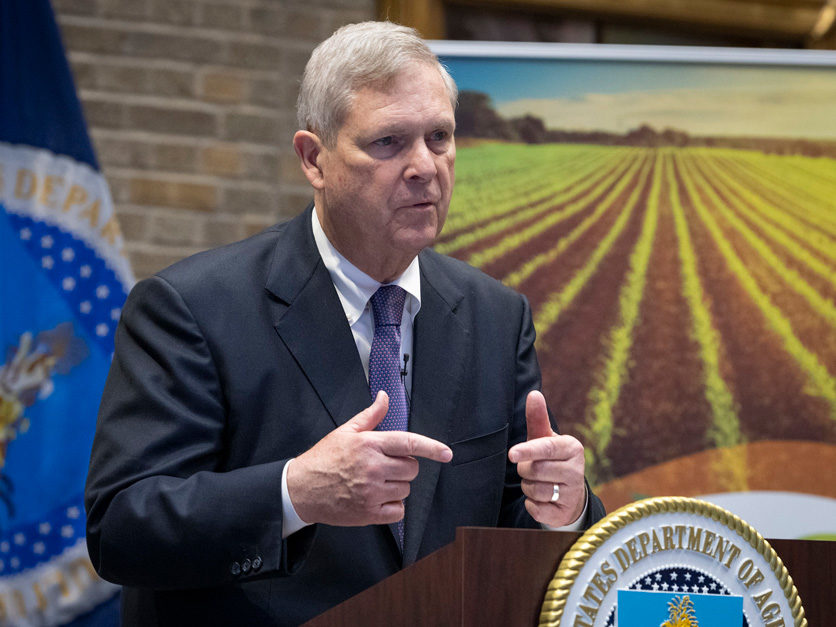 The Biden administration announces Wednesday plans to spend well over $2.5 billion on a sweeping strategy to make targeted improvements in nearly every aspect of food production and distribution, with a focus on meeting the needs of small and medium-sized enterprises and promoting organic and urban agriculture. agriculture.

The plan is called a “food system transformation framework,” parts of which have been previously announced or involve extensions of existing programs,

In a speech prepared for delivery at Georgetown University, Agriculture Secretary Tom Vilsack said the money would be committed by the end of the year and more should be done as part of of the next farm bill, which Congress is expected to draft in 2023.

The initiatives will help address several challenges including lack of processing and distribution capacity, climate change and poor nutrition, he said.

“We live in a time of great disruption caused by a changing climate, a global pandemic and brutal, unprovoked war, all of which manifest themselves in supply chain disruptions, inflation, unprecedented natural disasters, growing global food insecurity and an ongoing pandemic linked hospitalizations and deaths,” Vilsack said.

“A transformed food system is part of how we as a country become more resilient in the face of these great challenges and threats,” he added.

Vilsack’s announcement comes as the Biden administration grapples with soaring consumer prices that threaten Democrats’ hopes of retaining control of Congress in the midterm elections.

The initiatives are funded by the US bailout that was signed into law in March 2021 and other relief legislation.

Among the main elements of the plan are $650 million in financing and loans for meat and poultry processing projects, including $275 million to help entrepreneurs who have struggled to get credit. Another $100 million would be used to train meat processing workers.

Another $600 million is earmarked for improving food supply chain infrastructure, including cold stores and refrigerated trucks, outside of meat and processing.

“While significant progress is made in efforts to create a more resilient food system, additional investment will be needed to expand cold storage, warehousing and other key components of the overall processing component of our system. food,” Vilsack said.

Other plan initiatives include spending: