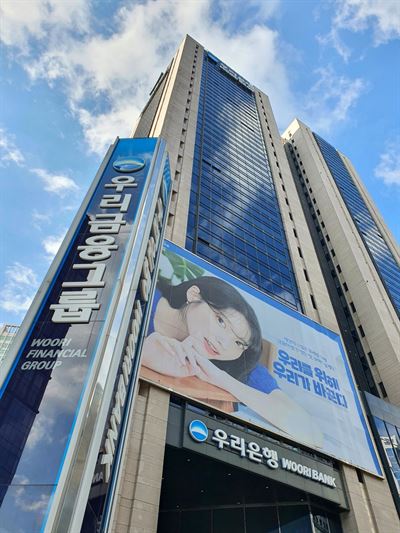 The move is part of Woori Group-wide efforts to implement environmental, social and corporate governance (ESG) management. Under the plan, Woori’s 15 subsidiaries will raise 20 billion won ($15.92 million) to carry out a series of public benefit projects, the group said.

“We have decided to move the project forward by partnering with the 15 Woori subsidiaries,” said Woori Financial Group Chairman Son Tae-seung. “The Woori Financial Future Foundation will engage in a set of multiple public welfare projects, with a view to helping vulnerable people to fend for themselves and supporting the growth of the younger generation.”

Woori subsidiaries will also continue to donate a certain portion of their operating profits to the foundation each year, so that the foundation can continue to carry out social projects in a sustainable manner, according to the company.

This will be the second social base of the financial group. In 2012, Woori launched its first foundation ― Woori Multicultural Scholarship Foundation ― to strengthen its social responsibility in education, culture and public welfare. The group has since offered scholarships worth 4.5 billion won to around 4,700 people in the past decade since the foundation was launched. The foundation has also organized a series of financial education programs here for multicultural families.

This year, the company also donated 7 billion won to the Community Chest of Korea.

“Woori’s multiple social campaigns will synergize with the launch of the new foundation, enabling the group to offer support to all corners of society,” a company official said.

The Kingdom has everything to gain from IPEF