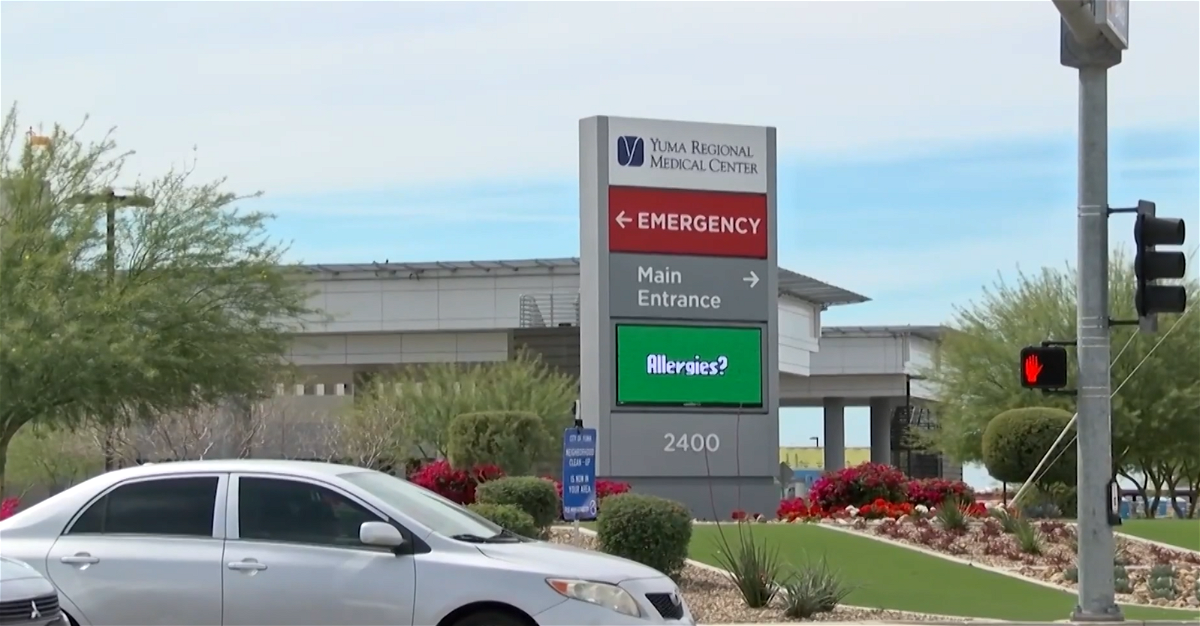 YUMA, Ariz. (KECY, KYMA) – Yuma Regional Medical Center administration responds to local criticism, saying they are “setting the record straight” as they have faced “unnecessary criticism” from of some members of Hospital District Board One as well as what they call a small group of vocal opponents.

Hospital District Board One says they have been left in the dark by YRMC because they say they have not received monthly and quarterly financial reports as dictated in the policies and procedures agreement between two, since October 2019.

But YRMC’s board members disagree, saying the deal is not binding.

“We got legal opinions on this, more than one, actually three, that it is not binding, so we choose to honor the lease,” said the chairman of the YRMC board, Woody Martin.

The lease says YRMC should provide financial reports once per fiscal year, which Martin says he did.

Still, YRMC says the District Hospital Board is not currently authorizing new construction projects for the hospital.

“The new sterilization zone that we need to build, which is around $ 100 million, which YRMC pays in full, but we need permission from the district administration board to spend the money,” Lora Dana said. , member of the board of directors of YRMC.

The district council said that at the time of the construction project applications, their most recent financial reports were seven months old.

YRMC board member Louie Gradias said that even if they provided monthly reports, it would have nothing to do with the suspended construction proposals.

â€œWith the funding requested for the lab and the sterilization processing, there is no correlation between the and any of the reports they claim they need to get,â€ Gradias said.

On December 13, the District Hospital Board held a special meeting where the five board members raised concerns about their current relationship with their tenant.

“What I see is not just a hospital that has turned its back on the district council, but on the whole community,” said Dr Connie Uribe.

Martin says he contacted members of the district council to discuss their issues.

â€œI just think it would be better for the community if we fixed our issues,â€ Martin said. “I am ready to sit down with or without lawyers.”

Polston has scheduled another special meeting on January 4 at 6 p.m. at the Yuma Civic Center, to hear from the public on his views on YRMC.